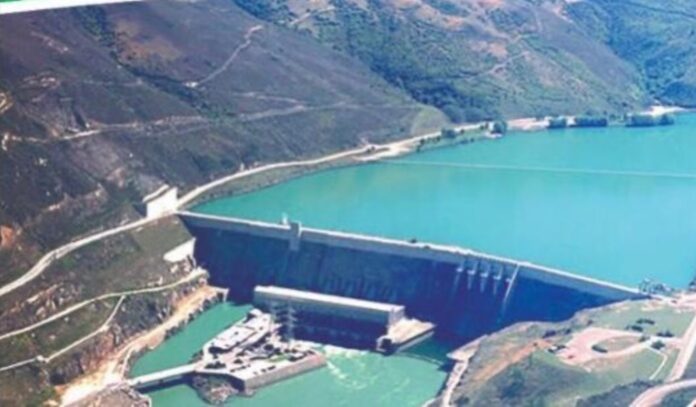 The government on Tuesday formally announced that the long-standing dispute over the multi-billion-dollar Diamer-Bhasha dam land site between two major tribes of Khyber Pakhtunkhwa (KP) and Gilgit Baltistan (GB) had finally been resolved by a local jirga in coordination with Water and Power Development Authority (WAPDA) and local administrations.

The announcement was made by the Thor-Herban grand jirga during a ceremony organised at the dam’s site on Tuesday. The issue was resolved after numerous sittings of a 26-member jirga that was constituted in December 2020 to resolve the territorial dispute between the Harban tribe of Kohistan and the Thor tribe of Diamer.

Along with the members of the grand jirga, WAPDA officials, GB ministers and MLAs from the Diamer district, local elders and locals from both tribes were present in the ceremony.

According to sources, the announcement of the agreement between stakeholders was delayed as a settlement was not reached over the amount of compensation to be made to affectees of boundary disputes among the tribes. Sources said that the issue was finally resolved after WAPDA agreed to compensate the tribes on both sides of the boundary as per their demands.

In a breakthrough, on September 4, 2021, Profit had reported that the formal announcement regarding the tribal dispute will be made during a ceremony at the dam site.

According to officials, in line with the decisions made by the Thor-Herban Grand Jirga, WAPDA chairman, FCNA commander, and jirga members presented cheques worth Rs400 million to the affectees who had suffered loss of lives and property in a 2014 clash.

The Thor-Herban grand jirga was constituted back in late 2019 to resolve the issue of the boundary dispute between the two tribes. The 26-Member jirga comprising 13 members each from Diamer district of Gilgit Baltistan and Upper Kohistan district of Khyber Pakhtunkhwa had a series of detailed deliberations during the last two years. The grand jirga was fully facilitated by the civil administrations of Gilgit Baltistan, Khyber Pakhtunkhwa, and WAPDA during the course of their deliberations.

It is pertinent to mention here that the disputed land had been hampering the Diamer-Bhasha dam project’s progress as development activities were affected intermittently.

The boundary dispute had deepened with the passage of time as neither tribe was willing to budge from their stance. Both tribes had claimed ownership of a piece of land in the Gandlo Nala area, which spanned over eight kilometers. In 2014, the dispute turned violent when seven people died as a result of a clash between the two parties.

Following the clash, the GB government had suggested that the federal government form a ‘grand jirga’ to resolve the dispute.

Furthermore, the KP Assembly had also passed a resolution, claiming that the eight-kilometer stretch of land situated on the right side of the dam was part of the KP province. This move infuriated GB’s political leaders, who constituted a committee of all sitting lawmakers from Diamer valley to probe the issue.

The committee had brought forward documents signed between representatives of Kohistan and Diamer in 1947, which declared the land in question as part of Diamer.

The former chief justice of Pakistan, Saqib Nisar, had also taken notice of the land dispute when he took the initiative to raise funds for the project and urged the ruling PTI government to push for an out-of-court settlement on the issue.

The Diamer-Basha Dam is being constructed on River Indus and is scheduled to be completed in 2028-29. The project will have a gross water storage capacity of 8.1 MAF for the irrigation of  1.23 million acres of additional land.