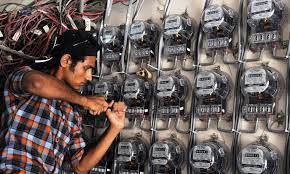 NEPRA categorically directed DISCOs to avoid such undue load shedding as the same is in clear violation of NEPRA laws.

NEPRA on Tuesday said that the authority has taken serious notice of consumer complaints regarding AT&C (Aggregate, Technical and Commercial) based load shedding in the country particularly in the areas of PESCO, QESCO, SEPCO, HESCO and K-Electric.

The authority while taking notice of consumer complaints regarding unscheduled load shedding, has directed PESCO, QESCO, SEPCO, HESCO and K-Electric to avoid such undue load shedding and submit a report within one month, failing which the Authority shall initiate legal proceedings under NEPRA Fine Regulations 2021.

Similarly, the authority while showing concerns on the data pertaining to T&D (Transmission and Distribution) losses, recovery and AT&C losses have directed PESCO, QESCO, HESCO, SEPCO and K-Electric to initiate proceedings against their concerned officers who are directly responsible for such poor performance.

The authority is also of the view that AT&C based load shedding was introduced back in 2017 when there was generation shortage in the country, however, the continuity of the same policy does not appear to be beneficial for the power sector.