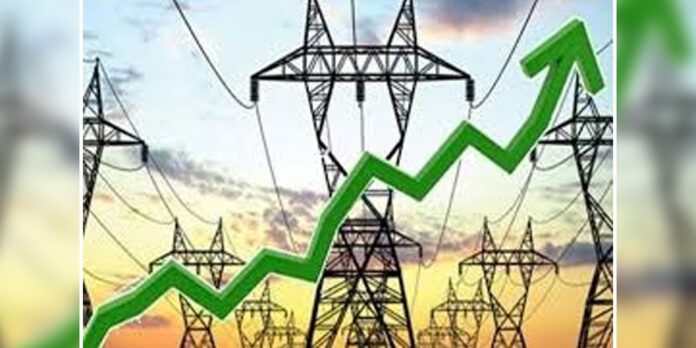 National Electric Power Regulatory Authority (NEPRA) has increased power tariff by Rs3.10 per unit on account of Fuel Charges Adjustment (FCA) for the month of December 2021 for all the power distribution companies (DISCOs) except K-Electric.

According to NEPRA notification, this increase in power tariff will be applicable to all the consumer categories except lifeline consumers, while this hike in power price will be charged from the consumers in the billing month of February, 2022.

NEPRA in its decision also directed the DISCOs that this increase in power tariff should be shown separately in the consumers’ bills on the basis of units billed to the consumers in the month of December 2021. Similarly, the DISCOs should strictly comply with the orders of the courts.

The concerned DISCO will be held responsible for violating the orders of court(s), said NEPRA decision.

According to sources, Rs3.10 per unit hike in power tariff will cause an additional burden of approximately Rs26 billion and 40 crore on already inflation-hit masses.

Actual fuel charge component for December 2021 was registered at Rs8.6315 per kWh while corresponding Reference Fuel Charges component was fixed at Rs5.5347 per unit and fuel price variation for the month of December 2021 stood at Rs3.0968 per unit.

In order to make adjustments in the approved tariff of the DISCOs due to variations in the fuel charges for the month of December 2021, necessary information as to the details of the actual fuel charges was obtained from the Central Power Purchasing Agency (CPPA).

The Authority conducted the hearing in the matter on February 01, 2022 at NEPRA headquarter and on the date fixed for hearing, representatives from CPPA, National Power Control Center (NPCC), media and general public were present. However, no representation was made from WAPDA Power Privatization Organization, Sui Southern Gas Company Limited (SSGCL), Sui Northern Gas Pipelines Limited (SNGPL) and Ministry of Finance despite serving the hearing notice.

During the course of NEPRA hearing on FCA of December 2021, Gujranwala Chamber of Commerce & Industry (GCCI) submitted their written comments regarding higher monthly FCAs and termed the same as unreasonable and unjustified. GCCI accordingly requested a review of these high FCAs. GCCI also questioned subsidies and increase in taxes.

Regarding concerns raised by GCCI on subsidies and taxes, the authority noted that the same does not fall under the purview of NPERA.

Pursuant to the provisions of Section 31(7) of the Regulation of Generation, Transmission and Distribution of Electric Power Act 1997, (NEPRA Act) read with the mechanism formula determined by the authority in the tariff determinations for DISCOs notified in the official gazette, the authority (NEPRA) has to make adjustments in the approved tariff on account of any variations in the fuel charges on a monthly basis.