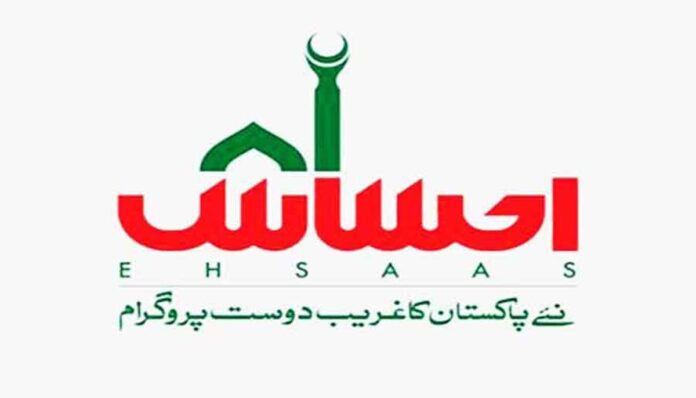 Ehsaas Targeted Commodity Subsidy Program (ETCSP) worth Rs106.102 billion has failed to achieve its target in the first two months of the program.

Apparently under the targeted subsidy program launched in January 2022, people across the country could avail subsidy of only Rs4.18 million out of the targeted fund of around Rs31.2 billion.

The subsidy program, designed initially for a period of six months – from January to June 2022 is aimed to provide some relief to the people against the spike in food inflation in the country.

According to documents, a subsidy of Rs4.1 million was used from January 1 to February 23, 2022 out of the estimated usage of Rs31.2 billion in the 53 days of the program which makes only 0.0134 per cent of the allocated fund in the same period.

According to sources, the subsidy on Kiryana stores and Utility stores for beneficiaries in Sindh and Balochistan were only Rs350 per transaction as the two provinces have declined to contribute to the program. For beneficiaries in other provinces the subsidy amount per transaction was Rs1,000 a month to each of the 20 million targeted families on the purchase of flour, pulses, ghee and cooking oil.

In view to the unexpectedly negligible disbursement of subsidy, the Ministry of Finance has decided not to get a share of provinces for March 2022 as enough funds have already remained unused. Decision about provincial contribution would be made after evaluation of disbursement in remaining months of the program.

Prime Minister Imran Khan had announced the ETCSP or Ehsaas Rashan program on November 3, 2021 to provide relief to the poor. As many as 20 million families identified through the recently completed Ehsaas survey were to benefit from the program. Overall, 130 million people were estimated to get benefits nationwide which is 53 per cent of the population.

Ehsaas had developed a digitally enabled mobile point of sale system in collaboration with National Bank of Pakistan (NBP) to serve beneficiaries through a network of Kiryana stores designated by NBP, all over the country..

The Poverty Alleviation and Social Safety Division, while hiring one of the top accounting firms as an external auditor would review all transactions (subsidy and vendor payments) processed on a monthly basis.