The case against a six-day work week 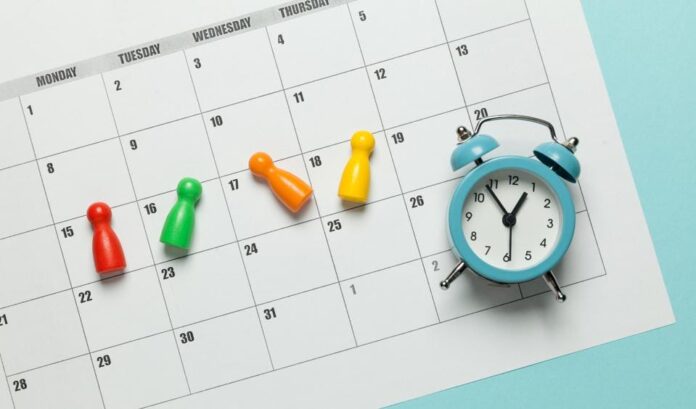 After a week-long constitutional crisis, a new government is finally in place.  One of the first decisions taken was a rushed one, devoid of any thought or consideration of unintended consequences.  It was announced that all government offices would be working six days a week, which had a ripple effect, eventually leading to the central bank announcing the same.  As the world experiments with four-day work weeks, we are taking a step back and moving towards a six-day work week.

The decision to revert to a five-day work week was taken sometime in 2013 as the country was in the throes of a major power crisis, with power breakdowns stretching hours at a time being fairly common.  The decision was largely taken to reduce demand, such that the length of power breakdowns can be managed.  The policy action certainly resulted in improvement in availability of electricity, with broad-based load shedding eventually being phased out as more capacity came online.  Fast forward ten years, a similar story is in play.  The commodity super cycle and a global geopolitical crisis has led to a spike in energy prices as the world scampers for additional resources, with power cuts and rationing even happening in more developed economies.  An emerging economy like Pakistan which is perpetually in a balance of payments crisis does not have the resources, nor the capacity to buy energy resources at spot prices, resulting in significant quantum of power capacity being offline due to non-availability of fuel.

Power breakdowns across the country have already begun, and as the temperature increases, and correspondingly demand for electricity increases, power breakdowns are only going to get more severe.  Adding an additional work day would mean greater incremental demand which would put further strain on the system necessitating greater fuel usage, which if not available would lead to more load shedding for rest of the country.  An unintended consequence of the same would be greater utilization of diesel for firing up generators, and that also means importing the same at peak of a commodity super cycle, resulting in a double whammy effect – as we will not only be using more power, but will also be importing more expensive and dirtier fuel to use as a back-up source of power.

Unless adding an additional working day improves productivity of the workforce (very little evidence exists for the same), the incremental benefit would be far lower than the explicit economics costs associated with the same.  As the banking systems move towards digital payments, the volume for which is increasing at a rapid pace, there exists little to no reason to operate on a sixth day, when rest of the world’s financial system can operate well with five days.

On the transportation front, it is expected that due to an additional working day, consumption of fuel for transportation will also increase.  It is estimated that due to additional four days of work in a month would push up demand for petrol by roughly 10 percent – this effectively means, that our import bill for petroleum products would increase by the same amount, resulting in a higher current account deficit.  For the first eight months of the current fiscal year, Pakistan imported roughly US$ 9 billion worth of petroleum products – resulting in an annualized bill of roughly US$ 13.5 billion, assuming prices don’t increase significantly.  For the remaining months of the fiscal year, we would be paying an additional US$ 350 million to work an extra day, productivity benefits of which are sketchy at best.  On an annualized basis, we would be importing additional petroleum products of roughly US$ 1.35 billion – which would add to an overall stressed current account deficit.

In a scenario where petrol for automobiles is already heavily subsidized, with the national exchequer running losses of more than three billion rupees on a daily basis, the increased demand for petrol would increase the quantum of losses, while resulting in a higher deficit.  The state needs to be doing more to reduce demand, whether that is through increase in prices and elimination of subsidies, or through demand management policy actions, which can range from enabling remote work for whomever possible, to reducing number of business hours in a day to rationalize demand.  Countries across the world are coming up with novel policy actions to rationalize demand while keeping productivity unchanged (or even increasing) – meanwhile our policy actions have an adverse effect on the economic front, as well as on productivity.  In-effect, increasing the number of working days would actually reduce the real wages, in a scenario where real wages actually need to increase to combat double digit inflation.

Inability to consider unintended consequences of policy actions has been a failure of successive governments.  Making the same mistakes like clockwork seems to be a hallmark of the way we operate, wherein personality whims dictate economic policies.  One hopes that better sense prevails and a more conscious decision is taken rather than a whimsical one.

Facebook
Twitter
Linkedin
WhatsApp
Email
Previous articleWhat’s up on the PSX?
Next articleWith a historic deficit looming, what can the FBR do?