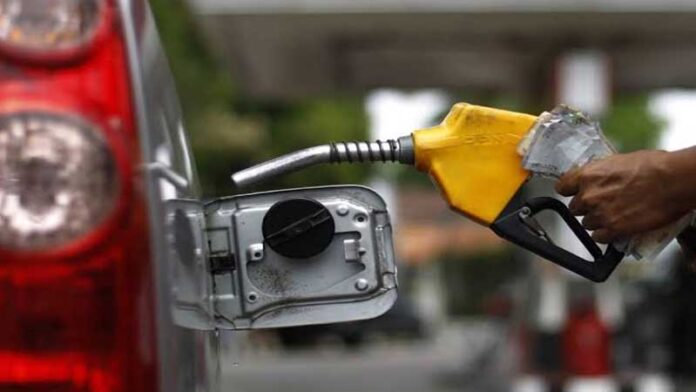 The Oil Companies Advisory Council (OCAC) has asked the Petroleum Division to reimburse billions of rupees worth Price Differential Claims (PDC) of Oil Marketing Companies (OMCs), and refineries ostensibly in order to ensure the energy security of the country.

Raising serious concerns regarding PDC on fuel prices, OCAC, in a letter to the Secretary Petroleum Division dated May 9, 2022, has asked for the reimbursement of billions of rupees worth Price Differential Claims (PDC) of OMCs and refineries.

According to the OCAC, the current PDC on diesel stands at Rs73 per litre and on petrol it is Rs30 per litre which represents a 109 per cent and 26 per cent increase respectively, versus the PDC rates in the 2nd fortnight of March 2022.

Despite various assurances, the government has not removed the subsidy on prices of petroleum products and at the current rates, the fortnightly impact for the industry is expected to exceed Rs57 billion during the current fortnight. Additionally, based on the current international prices, the PDC is expected to further increase in the coming fortnight, said OCAC letter.

According to sources, approximately Rs76 billion are required to cover PDC for the second fortnight (16th-31st) of May 2022 while total pending PDC of the oil industry is around Rs143 billion as the ECC has so far not approved any amount for balance of April and May PDC. They said that if the government delays in clearing the pending amount of PDC then the entire oil industry and fuel supply chain of the country will collapse and the energy security of the country will be at risk. They said the value of dollar against Pak currency is increasing with each passing day while the limit of letter of credit (LC) is exhausting so the entire supply chain of the country is at serious risk, said sources.

It is relevant to note that the oil marketing and refining sector has continued to support the government since the imposition of the PDC despite multiple challenges. However, the current subsidy levels and recovery mechanism have become unsustainable and need immediate rectification.

On behalf of the oil industry (OMCs, refinery), OCAC in its letter also said,” We would like to stress that the government immediately relieve the oil marketing companies and refineries of the fuel price subsidy burden to enable our supply chain to function smoothly.” And, in case the removal of subsidy is not possible, OCAC has also warned the government to take certain actions on immediate basis to ensure uninterrupted fuel supplies, saying otherwise supply disruptions on a nationwide level would be inevitable.

As per OCAC letter, the PDC recovery cycle needs to be shortened from the fortnight to weekly basis as this step will help in easing out the substantial cash flow and working capital constraints of the country. Similarly, in order to manage the burden of oil industry following introduction of PDC regime, financial charges on PDC (1% of the PDC rate) need to be included in the price as PDC regime has burdened the oil industry with additional charges as the current financial cost to the industry is approximately 1%.

As per sources in the oil industry, the government had cleared a PDC of Rs31.73 billion up till 31st March 2022. Similarly, it transferred an amount of Rs40 billion on account of PDC allocated for 1-15 April, 2022 which also includes a deficit of Rs2.31 billion from 16-31 March, 2022. Furthermore, the PDCs for the second fortnight of April will be submitted during the first week of May, 2022, said sources.

They added that PDC of only Rs28.3 billion was pending with the government which needs to be deposited in the assignment account with Pakistan State Oil (PSO).

It is pertinent to mention that the Petroleum Division, in a letter dated April 25, 2022 to DGPR (SO), Karachi, has conveyed that the President had sanctioned the placement of an amount of Rs40 billion in the assignment account relating to reimbursement of PDC of OMCs and refineries as ceiling for the months of March and April 2022 of the current financial year 2021-22.

Requesting the DGPR (SO) to advise the Manager, NBP, Main Branch Karachi to arrange payments against the above mentioned ceiling of Rs40 billion, petroleum division also sought that payment should be made on the receipts of cheques and prescribed schedule of payment duly signed by the authorised signatories of the account.

Earlier, the federal cabinet’s economic coordination committee (ECC) on 7th March, 2022 approved the procedure for making PDC payment to OMCs and refineries ostensibly to avoid the shortage of petroleum products in the country. The ECC also approved a special PDC payment procedure to pay the PDC speedily, and approved opening of a special assignment account with Pakistan State Oil (PSO) for withdrawal of PDC by PSO for its own claims and issuance of PDC claims to the other OMCs and refineries.