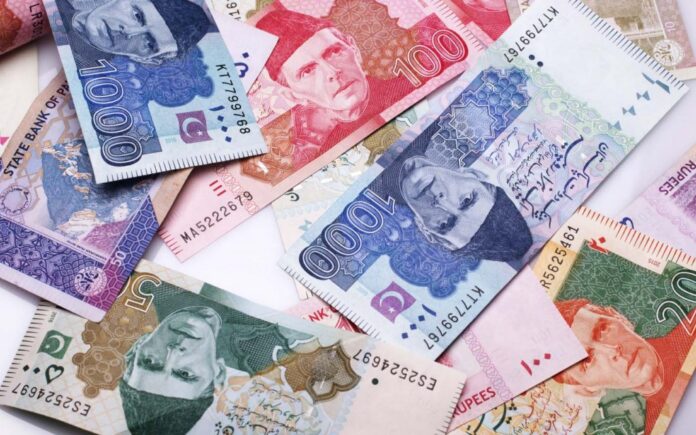 The rapid increase in currency in circulation is a mix of expansionary monetary policy during the last two years post pandemic, as well as the difficulty associated in being part of the formal financial system.  It is increasingly difficult for an individual, and corporate alike to open a bank account and conduct transactions through the formal banking system.  Even though the central bank has attempted to make account opening easier, the banks simply haven’t been able to execute the same.  Similarly, for corporates, the account opening process is an extended one necessitating availability of two dozen documents, and an extended time period, before the account can be opened.

As banking has gotten difficult for both individuals and corporates alike, the incentive to conduct transactions in cash rather than through the financial system remains a priority.  It is essential to understand that the transaction cost of executing a transaction via cash is zero.  However, if the same transaction is conducted through a formal financial system there are varying levels of fee that are imposed, which increases the overall cost of the transaction.  In a scenario, where the cost of transaction via cash is zero, a payments system needs to be extremely efficient and user-friendly to beat the zero-cost nature of cash.  As market development often does not seem to be a mandate for many financial institutions, they resort to killing the golden goose by levying various fee and charges to buffer up their non-fund income.  The consequence of this is that individuals, and businesses alike avoid banks as much as possible, and prefer to do transactions in cash. 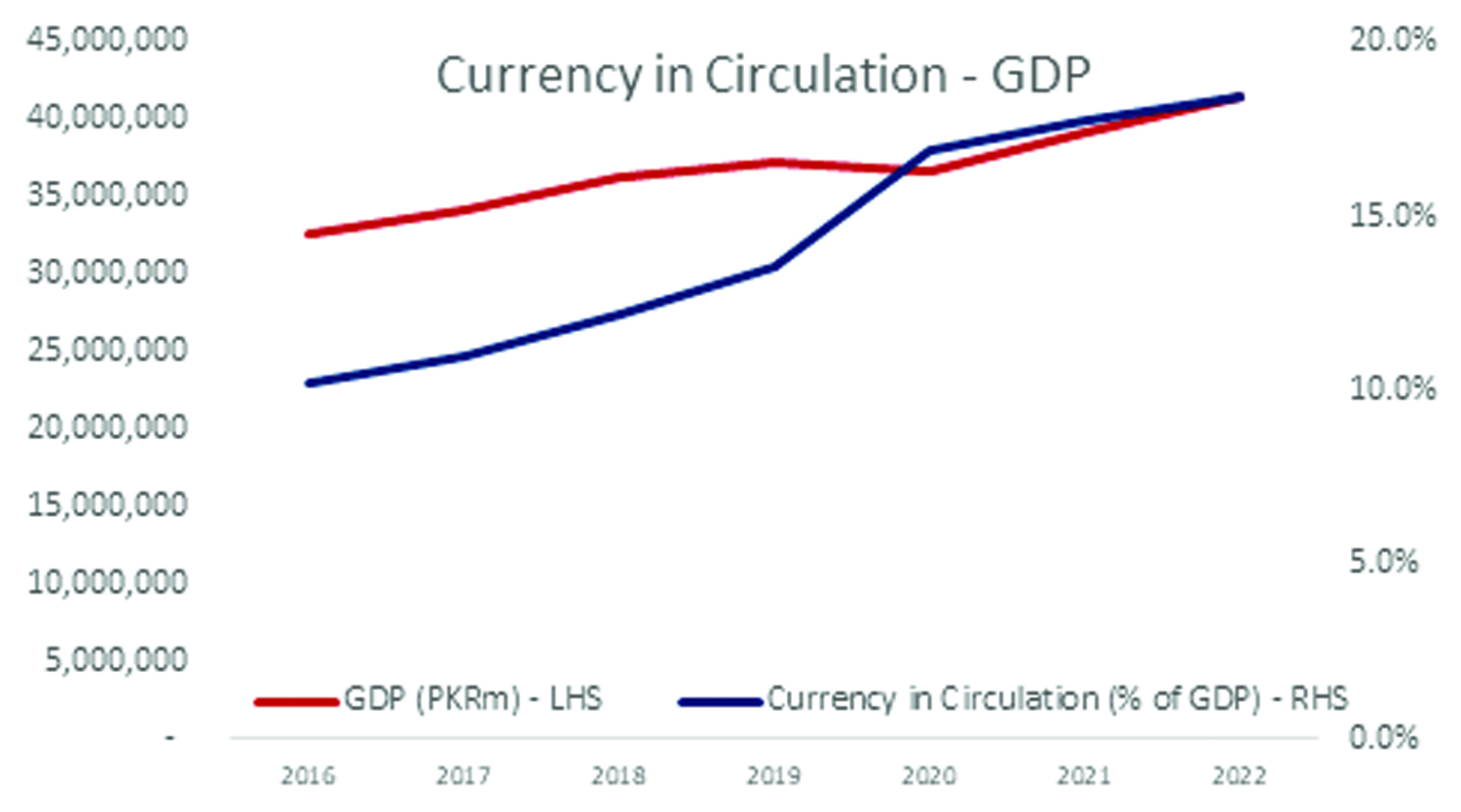 Another reason for the rapid increase in currency in circulation, and eventually the informal economy that it fuels is evasion of taxes.  To avoid declaration of wealth, and to evade taxes on income, currency in circulation is often parked in real estate, and other asset classes which do not necessitate participation in the formal financial sector.  A lot of currency is simply parked in real estate, whether that is fully constructed, being constructed, or simply a parcel of land.  Allocation of capital to these segments which are barely taxed and also do not generate any significant export oriented economic activity disturbs the structure of the economy.  As the currency stays out of the system, the overall formal economy remains capital starved resulting in higher interest rates as the demand for funds remains higher than the supply.  The government which is the largest borrower in the country continues to pay double digit interest rates given the scarcity of capital in the formal economy.  Furthermore, as currency in circulation keeps on increasing, as can be seen with almost quadrupling of the same in eight years, it also fuels inflation as more money is available chasing finite supply of goods.  Excess availability of currency also inadvertently affects the perennially precarious balance of payments position, with demand for greater imported goods, eventually draining precious foreign currency from the economy.

A structural reform of the economy would prioritize reduction of currency in circulation, and that can be done through incentivizing digitization of transactions across the individual, and business level.  Effectively leveraging Raast can play a pivotal role in doing the same.  Similarly, as digitization takes root it will also enhance documentation in the economy, making it easier to estimate and tax income.  It is also essential that tax is levied in a manner such that it doesn’t discourage businesses from adopting digital payment methods, and that the net cost of the same is lower than the cost that the business is incurring currently.  Successive administrations have tried doing the same, and have largely failed.  However, digitization of payments and an eventual drop in currency in circulation has been demonstrated in many similar jurisdictions.  The technology is there, and so is a desperate need to fix one particular facet of the economy – a steadfast will and enabling environment are the critical factors which continue to be missing.