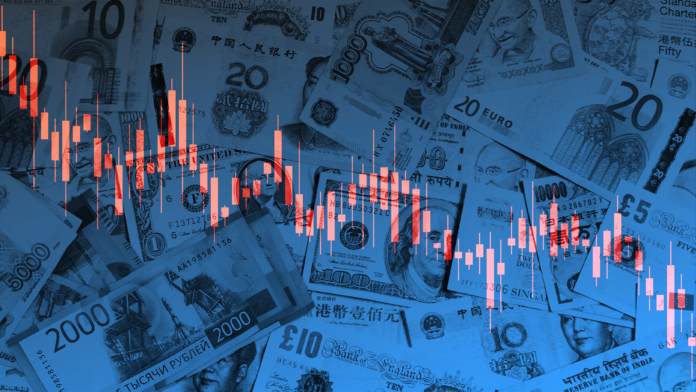 Crises evolve at an exponential pace. Much like a herd of animals spooked by the scent of a nearby predator, once markets smell a crisis, panic begins to set in. The whiplash of the pandemic has smacked Pakistan’s economy in the face, unleashing inflation and immense suffering on millions of ordinary citizens. The ruling classes are meanwhile engaged in shenanigans to determine who gets to rule over the domain. These elites must realize that by the time they are done, there may not be much left to rule over. Pakistan is staring at a sovereign default, which is an increasingly likely scenario.

Early last week, a shockwave ripped through Pakistan’s economy as the rupee slid to around 225 to the dollar. Reports and conversations indicated that by the time markets closed, the rate being quoted for transfers was around 240 rupees. Over the entirety of the week signals from market participants indicated the following: there was a shortage of dollars in the open market, banks were not opening any new letters of credit except for essential goods and raw materials, and concerns about making payments for energy imported over the last few weeks were growing.

In short, liquidity has dried up and there is yet no indication that a major new injection of dollars is coming. We have for weeks been hearing that bilateral flows from friendly countries are around the corner, but these have not yet materialized while this article is being written. Even these injections, while will be in the form of bilateral deposits and credit facilities, will only avert the immediate crisis of confidence. Paired with the expected flow of dollars from the IMF, which stands at almost $1.2 billion, these flows may bring Pakistan’s economy from the brink, but only for a short time.

Economics and finance are rarely only about economics and finance, especially when it comes to Pakistan’s political economy. After having become used to and made complacent by friendly benefactors, Pakistan’s ruling classes are finding out that the world is more preoccupied with other issues. In addition, friendly countries like Saudi Arabia are wondering what they get in return from Pakistan’s elites for bailing them out time and time again. After all, decades of largesse translated into a humiliating public rejection of the Saudi request to support them in their war in Yemen – it was the way in which this request was denied, less so the denial itself, that angered the House of Saud.

One would think that at a time when Pakistan is seeking enhanced financial support from Saudi Arabia that its policymakers would be measured in how they deal with Tehran. But the last few weeks have seen increasing engagement with the Iranian regime, whose increasing belligerence is a source of anxiety for Saudi Arabia and the United Arab Emirates. Surely such antics are not going to make their absolute monarchs excited about immediately aiding the Islamic Republic of Pakistan.

On the Chinese side, things have not progressed either, meaning that beyond the rollover provided a few days ago, there is not much else in the pipeline. Mounting security concerns are being reported in the public domain; there is about $1.5 billion in payables to Chinese power sector investors; and private sector participants allege that Pakistan has been unable to provide the facilities necessary to operationalize business investments in special economic zones.

Add to this the tightening financial conditions in the global markets and you have a recipe for disaster. The international bond market is pricing in default, and bond markets are usually very accurate in pricing in sovereign risk.

Does this mean that Pakistan is staring into the abyss and looking at imminent default? This is still an unlikely scenario if you view things from a rational and logical perspective. But add a bit of chaos into your analysis and default does not look like a far-fetched idea.

Start with politics – there is no signal that the ongoing political saga is ending anytime soon. After intervening with the system for years, the interventionists have wiped their hands clean of the problem – at least this is what we are being told. This has led to all sorts of political volatility in the system at a time when markets need certainty and clarity.

This volatility has spooked domestic elites, who are bracing for the worst, which in and of itself is a self-fulfilling prophecy. As these elites prepare for the worst and actively find ways to secure their wealth by dollarizing, the markets tighten that much more, which in turn fuels the next round of dollarization. Foreign creditors have noticed this, which is why they have held back for the time being.

Financial actors, domestic and foreign, are waiting for the political chaos to settle down, which is not happening. In this timeline, every single day matters, as chaos today exponentially increases chaos tomorrow. There is no end in sight for this uncertainty at this point given that there is no political incentive to end the cycle.

Which brings us to the worst-case scenario: default. Many will insist that this is an extremely unlikely scenario. A few days ago, I would have agreed. I am not so sure anymore.