Following this impairment, the recoverable amount of assets in Pakistan is estimated to be around $600 million down from $850 million 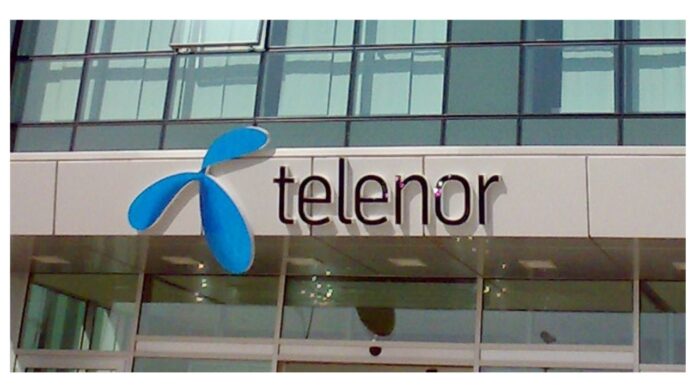 Cellular Mobile Operators (CMO) in Pakistan are desperately searching for a business model that can help them breakout from the vicious cycle of low average revenues and subsequent thin profit margins. Telenor, being one of the leading CMOs in the country is trapped in this cycle, sparking rumours of its exit from the Pakistan market, every few months. To make matters worse, the latest financial results declared by the company are also unlikely to alleviate the situation any time soon.

On Tuesday last week, the shares of Telenor ASA, parent company of Telenor Pakistan, dropped as the company posted a loss for the second quarter of 2022 due to value impairment of Pakistan operations. As per Bloomberg, “Shares in Telenor ASA dropped after Norway’s biggest telecommunications company posted a 2.5 billion-krone ($250 million) impairment on its Pakistan operations due to a jump in funding costs and an adverse court ruling.”

“There has been a significant increase in interest rates, country risk premium and market premiums, impacting the weighted average cost of capital,” the company said in its second-quarter report on Tuesday. “This, together with a hike in energy prices and increased global inflation, has made the outlook for Telenor Pakistan challenging,” the report further added.

Telenor had challenged Pakistan Telecommunication Authority’s (PTA) pricing for the renewal of its spectrum licence in 2019 and the matter was pending adjudication with the Supreme Court of Pakistan. However, on May 25 this year, the Supreme Court decided on the case and ruled against Telenor.

What is impairment and how is it calculated?

Impairment is an accounting concept that applies when an entity considers that the balance sheet value of its assets is more than the amount which is recoverable from using or selling them.

To further streamline the process of calculating impairment, there is a concept of cash generating units (CGU). These are groups of assets that can independently generate cash flows like subsidiaries and business divisions.

In the case of Telenor, the recoverable amount of Pakistan CGU is calculated by taking into account the expected future cash flows that the assets can generate (Value in Use), discounted at a specific rate to account for the time value of money. (Money loses value over time)

The key assumptions used by the company to calculate the recoverable amount of its operations include; growth rates, Average Revenue Per User (ARPU), earning margins, capital expenses and discount rates.

The primary contributor to the downward movement in the valuation of Telenor Pakistan, apart from the result of licence fee litigation, was high cost of capital which is the benchmark rate used to ascertain how much value the cash flows generated in the future would have if compared to the present day. (E.g. A few year’s back a 250ml juice box was priced at PKR 15, today the same thing sells for PKR 25. Therefore, the PKR 15 today are worth less than what they used to be a few years ago.)

Multinational Telcos operating in Pakistan evaluate the results of their local operations against Weighted Average Cost of Capital (WACC). This is the recurring cost incurred by the company on the capital raised for investment in a particular project/jurisdiction. 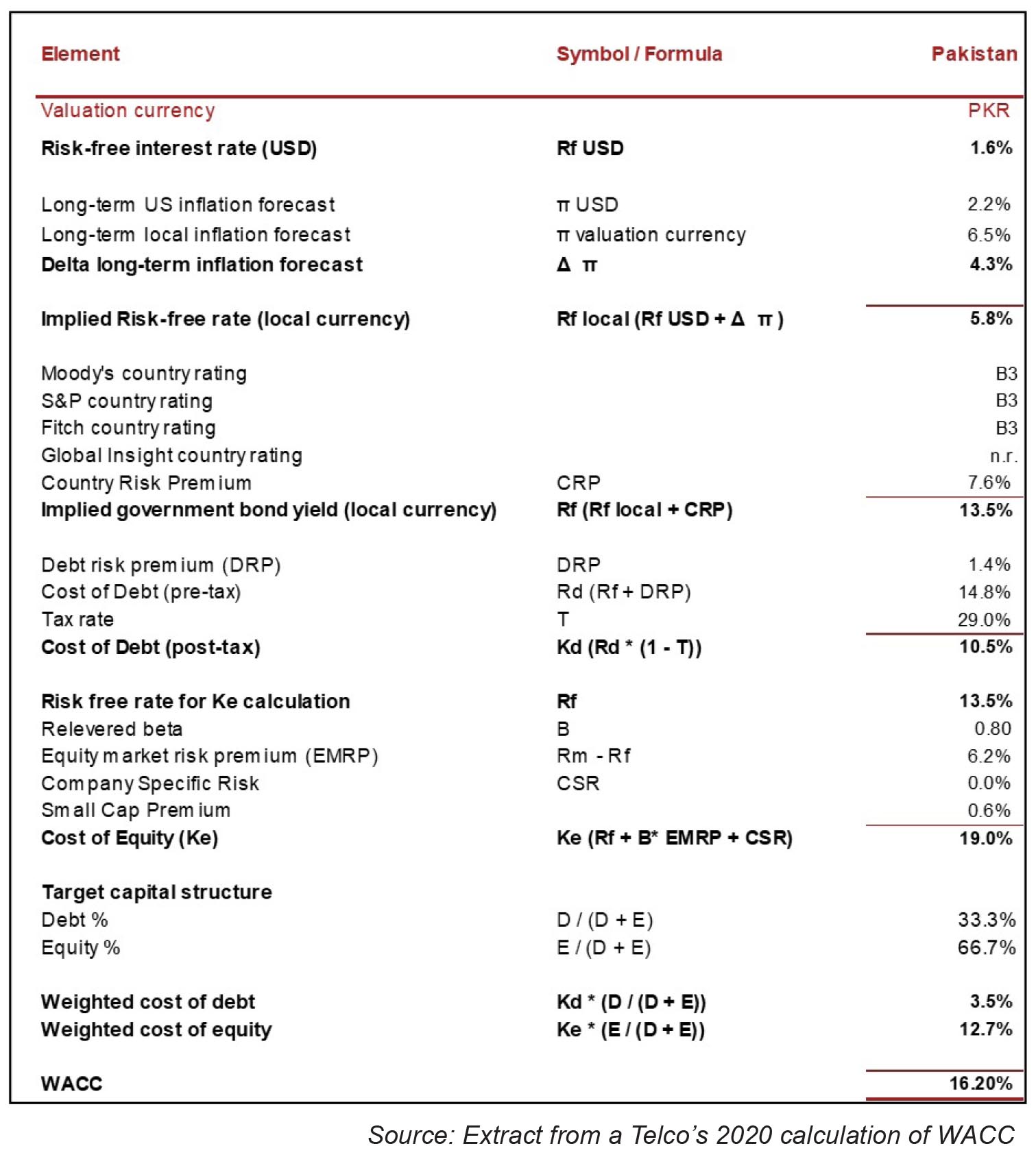 As per Telenor’s annual report, “Discount rates are based on Weighted Average Cost of Capital (WACC) derived from the Capital Asset Pricing Model (CAPM) methodology. The cost is derived from its weighted average cost of capital. In economies where the group considers risk-free yields to be unreliable, the WACC rates used in discounting the future cash flows are based on a US 30-year risk-free interest rate, adjusted with a country risk premium and the inflation differential between the US and the relevant country.”

Driving up the WACC for Pakistan was high inflation, an increased country risk premium due to the ongoing political and economic uncertainty and the jitters of demand contraction being felt in the capital markets.

The financial results from Pakistan operations during the second quarter of this year were negative. The Earnings Before Interest Tax Depreciation and Amortization (EBITDA) experienced a decline of 15% as operating costs increased by 30% due to the devaluation of currency and high energy costs. (Read more about it in Profit’s article: Telcos Energy Concerns: Unnecessary Whining or a Genuine Problem?)

The triggering event assessment for impairment of non-goodwill countries such as Pakistan is performed at the level of individual assets, like network or licence. In order for a triggering event to occur at the level of an individual asset, usually a material physical damage would need to have taken place, for instance, flooding, destroying towers, or adverse legal conditions would need to affect the asset an example of which is the revocation of the licence.

Telcos with foreign holding, as part of their valuation cycle in each year, use their updated business plans to revise the actual valuations for non-goodwill countries, with past impairments on tangible and intangible assets, like Pakistan.

As part of the cycle, the updated valuations of those countries are also included in the overall reconciliation to the market capitalisation of the holding company ensuring that the new value fits the overall market valuation perspective of the foreign holding company.

Any possible value increases would be recorded as impairment reversal, adjusted for foregone amortisation and depreciation charges since the original impairment was recorded. Any value deteriorations would require additional impairment.

“Telenor Pakistan has for some time been subject to impairment testing. And in the Annual Report, we highlighted this sensitivity. Since then, we have seen a deteriorating macroeconomic environment with increasing interest rate, a weakening of the Pakistani rupee and an increased country risk premium. Compared with the assessment we did at year-end, these factors alone impact the valuation negatively by approximately NOK2 billion ($200 million),” stated Tone Hegland Bachke, Executive Vice President and Chief Financial Officer of Telenor, in an earnings conference call last week.

“In addition, we have received information about an adverse ruling in the spectrum renewal case. Based on the updated assessment at the end of June, we arrive at an impairment of NOK 2.5 billion ($250 million). Following this impairment, the recoverable amount of the assets in Pakistan is estimated to be around NOK 6 billion ($600 million). We have to acknowledge that this business continues to remain sensitive to the business and macroeconomic environment.” Bachke added.

Given that the losses of Telenor’s Pakistan operations are being felt at the group level, the company might have to re-think its strategy in Pakistan to fuel revenue and profitability growth.

“As we have said before, we are also looking at strategic alternatives in Pakistan. The deteriorating macroeconomic situation is concerning. That’s also why we are taking a write-down in Pakistan this quarter. And based on this, we will do a strategic review of alternatives when it comes to our future operation in Pakistan,” stated Sigve Brekke, President and Chief Executive Officer Telenor ASA, in the Second Quarter Presentation.

“We will definitely look at what is creating shareholder value when we do the review, but I don’t want to comment on the content of that review. Of course, it is looking at operations, can we run that more efficiently than we already do, but we’re also looking at any other types of alternatives for us to secure our value in Pakistan,” the CEO further added.

The CEO’s statement might spark some exit rumours but it has a broader connotation. Strategic re-thinking doesn’t necessarily imply an exit from the market but it can also mean a re-alignment of operations, internal restructuring, spin-off or mergers and acquisitions.

There are many examples in the local telecom industry of such reshuffling. Jazz transferred its towersites to a new company, Deodar, and is looking for a buyer. This was a strategic choice made by the company to free up capital and improve cost efficiencies as a specialised tower operating company would bring in more synergies.

PTCL sold some of its stake to E& (Formerly known as Etisalat) alongside the management right to benefit from the operational experience of the global telecom giant. While Jazz, acquired Warid to expand its operations and benefit from cost efficiencies derived by scale. Telenor’s global operations have also initiated a merger transaction for its local operation in Thailand.

However, the financial outlook for Telenor Pakistan is not likely to change anytime soon given that global commodity prices are on the rise while the central banks are also pushing interest rates upwards as a contractionary measure. On top of it, a liquidity crisis is looming over the country as it awaits the much-needed IMF loan tranche. The result of the recent by-elections have further added to the political uncertainty contributing to country risk for multinational operators.