Escorts Investment Bank has been up for sale for a while 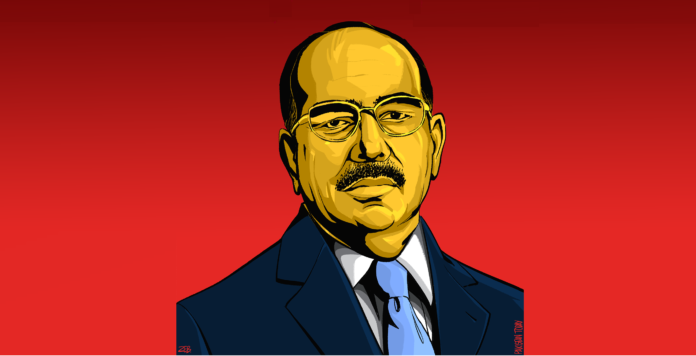 So you want to buy a bank. You start doing the obvious. You look at the options in front of you of any banks that may be looking for buyers, you consider how much money you have, consult the lawyers, and then move on to the important stage — negotiations.

Few people get to be in a position in their life where they are undertaking the process of buying a financial institution. Yet the steps are pretty simple, even if the backroom conversations that fill in the gaps between all those steps are quite… colourful to put it mildly. But if you are buying a bank in Pakistan, perhaps the one person you wouldn’t expect to buy it from is Malik Riaz.

Yes the property mogul in addition to being one of the wealthiest and most powerful men in Pakistan is also a banker. Well, not a banker strictly speaking, but a bank owner. And right now he very much wants to shed the cap and continue on his merry way encr-  sorry we mean developing land and staying in the real estate business.

To be fair, Riaz only really bought the bank to help along the way in his real estate endeavours. Essentially, he wanted to buy the bank so he could have an easy source for mortgages for his many housing projects. It didn’t quite work out because the only bank he was able to buy was Escorts Investment Bank (ESBL).

The story isn’t a new one. In August 2021, Profit wrote a story called, “Obituary: Malik Riaz the banker” highlighting Riaz’s struggles at owning a bank and settling with an investment bank, saving , trying to create a mortgage market, and finally when none of that worked – calling it quits and selling the bank.

We’ve already covered why Riaz wanted to own a bank in the first place and how this would integrate with his other line of work, real estate. However, it looks like Riaz’s stint as a banker is not over, that too, is not by choice. Bahria Town Private Limited still owns 119,279,077 shares out of the total of 135,600,000 shares in ESBL. This makes up 87.9639% of the company. Riaz has been on the lookout for a buyer for the bank, however, things have not been smooth sailing.

Is it really that difficult to sell a bank?

Let’s relate this to something more up Riaz’s alley – real estate.

Say you’re selling your house. There will be countless people that will look up the ad you post online. Some of them will call and actually come to your open house or set up an appointment. They may like the house based on the superficial look that they have; some may choose not to buy the house. The ones that like the house, will want to have a more detailed look into everything and will ask you for some time to make a decision and access the house to look it through. Here they’ll check how sturdy it is, the material, the potential for the future, whether it’s the right fit, and so on. They may also have it checked in the local registry to see if it’s disputed. Sometimes a preliminary offer is put in before this stage and revised once all this is over. Now that an offer is put in, the ball is in your court to decide whether you like it and want to sell, or choose not to.

In the case of a listed company, every time someone shows interest in buying or acquiring a significant stake, a Public Announcement of Intention (PAI) is sent to the company by the acquirers themselves or their managers. The company then sends this letter to the exchange as information. They are required to do so by law. After that, the acquirers conduct their due diligence and have to make a decision before the time elapses, basically six months.

Whether Riaz is selling this bank to go back to a private life away from PSX notices and disclosures, or the banking life just isn’t for him has not been ascertained.

There have been two attempts at acquiring ESBL within the past year.

On August 31, 2021, M. Munir M. Ahmed Khanani Securities wrote to ESBL as the managers of Syed Sabur Rehman, of the Progressive Group and J.R Dallas Wealth Management. Sabur Rehman and J.R Dallas Wealth Management had both come together and expected to buy more than 50% of the issued and paid-up capital of the company. They hadn’t made a public offer and stated that that would be determined after the finalisation of the agreement. The share price quoted on the exchange one day before the PAI was Rs11.51 per share.

For context, Rehman is the Chairman of the Progressive Group. The group is principally involved in various companies in the group which are involved in the financial sector such as leasing, insurance, textile, airline, import & export, construction, agriculture trading, restaurants, and food export acquisition.

J.R. Dallas Wealth Management is based in Dallas, USA. It is in the business of consultancy to execute investment strategy and hold multiple companies under its portfolio. The CEO of the company is Jehangir A. Raja who is an entrepreneur, Wall Street veteran, and an accomplished financial executive.

However, on October 28, 2021, J. R. Dallas Wealth Management backed out. This meant that Rehman was now the only one interested in acquiring more than 50% shares and control of ESBL.

No other news came from this deal for quite some time. However, there was still some time for something to come out of the deal. In the midst of all this on February 2, 2022, CEO Naveed Amin resigned once again. The last time Amin resigned in 2021, he was made to stay again following negotiation. This time, however, it was his final goodbye.

On February 14, 2022, Riaz wrote to Rehman terminating the Shares Sale and Purchase Agreement that was dated September 9, 2021. Following this notice, on February 21, 2022, the PAI was withdrawn by Rehman. It was to expire either way on February 28, 2022.

This deal was now completely dead.

The next serious client walked in on March 11, 2022. AKD Securities wrote to ESBL on behalf of Mian Javed Akhtar Mohammad Ali Kazmi, and Mian Zeeshan Javaid. The trio had planned to acquire more than 50% of the issued and paid-up capital of the company. They too had decided to determine the public offer after the finalisation of the agreement. The share price quoted on the exchange one day before the PAI was Rs7 per share.

Akhar and Javaid are in the business of trading, construction, agriculture, and the import & export business. Akhtar also owns more than 50% shares in Upright Engineers Pvt Ltd, a multi-purpose business.

Kazmi, however, has worked in the financial sector and his expertise comprises commercial banking, insurance, treasury, trade finance, leasing, and investment banking.

On May 1, 2022, Riaz on behalf of Bahria town, wrote a letter to Akhtar terminating the shares sales and purchase agreement dated March 31, 2022.

Riaz added, “In this regard, in addition to the Purchasers not diligently pursuing and completing the Conditions Precedent, the Long Stop date has also passed.” However, on May 27, Riaz once again wrote to Akhtar, this time in a different way – maybe Riaz was just done with the bank.

“This is to clarify and confirm, based on our discussions, that notwithstanding the termination of said agreement, BTPL is still desirous to sell its shares of the Bank to Mr Akhar, Mr Javaid, and Mr Kazmi, subject to the parties mutually agreeing on the terms of the said transaction. Accordingly for the said purpose, the parties are in the process of carrying out fresh negotiations for the sale and purchase of the shares of the Bank,” wrote Riaz.

On August 16, 2022, Zainab Malik resigned from the position of Chairman and Director of ESBL. On September 9, 2022, AKD Securities wrote to ESBL and withdrew the PAI. The PAI was set to expire on September 10, 2022, anyway. On September 13, 2022, Syed Tahir Nawazish stepped in as chairman of the board replacing Zainab Malik.

Is ESBL a good bet?

Before Bahria Town Pakistan Limited acquired ESBL, the bank defaulted on its obligations worth Rs566 million. Rs492.113 million of this was Certificate of deposit holders. The investment bank had also been non-compliant with the minimum equity requirement for seven years.

Bahria Town then injected Rs1.2 billion into the bank, paid off outstanding depositors and the markup accrued worth Rs531 million, and also compiled with the minimum equity requirement.

“The company is currently focused on the existing business model along with the transformation of the business models into Shariah-compliant products. This would enhance the market penetration capacity of your Company. It is also expected that a major part of digitization would complete in the coming year and would also contribute towards achieving better economies,” read the Annual Report 2021.

It added, “The initiatives to encourage housing projects in Pakistan and adoption of various policies to provide stimulus for growth of this sector would prove to be an essential determinant to flourish the housing finance sector as well. It is expected that House finance and Microfinance would play its pivotal role in coming times subject to the positive conclusion of this pandemic.”

Revenue for the bank has improved following the acquisition, which however, could not turn things around for the bank. “This is primarily due to an increase in finance portfolio and mark-up income on investments. However, during COVID-19, the Government significantly reduced interest rates which could not be capitalised during the second half of FY 2021,” explained the accounts.

“In 2021, markup expense had decreased significantly due to issuance of right issue in previous year and repayment to outgoing group sponsors loan during the period. Hence, the company reports no markup expense as compared to Rs16.77 million of corresponding previous year.”

ESBL not only provides housing finance but also microfinance among other offerings. Keeping all this in mind, it could be a good bet. Maybe someday we might see a startup putting up an acquisition offer too. However, until then, ESBL is still on the market for sale. The seller is hoping the deal goes through.