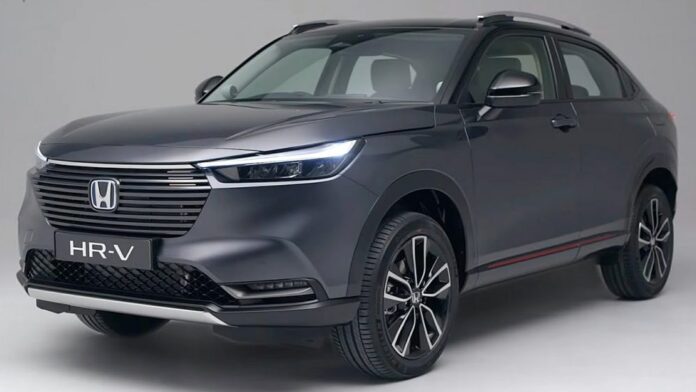 Maqsood Ur Rehman Rehmani, Vice President and Company Secretary of HACPL, and Amir Nazir, General Manager Sales & Marketing at HACPL, have both denied the rumours that there have been any alterations in HACPL’s plan to release the Honda HR-V. In conversation with Profit, both have stated that the HR-V will be released per HACPL’s original timeline.

Neither of the two could quote an exact release date for the HR-V. However, Nazir stated that the announcement for the launch of the HR-V will be made “very soon”. “Providing an exact date would reduce the surprise that HACPL has prepared for customers,” said Nazir when asked if he could provide a particular timeline in terms of weeks and/or months.

Profit, like most other media outlets, had reported that the HR-V would be released later in 2023. HACPL’s urgency to release the HR-V is likely an attempt to galvanise its sales after the forgettable showing by the entire automotive industry in FY 2022-23. HACPL in particular saw month-on-month (MoM) contractions of 35% and 29% in July and August respectively. The launch of the HR-V might provide the company with the ability to rally customers behind the ongoing CUV bonanza.

The HR-V already has a history in Pakistan. Its Japanese iteration, the Honda Vezel has long been imported in Pakistan by private dealerships as a CBU. However, this is the first time HACPL will be introducing the automobile themselves as a CBU. This will also be HACPLs first foray in the crossover-SUV segment.

Nazir had told Profit in an earlier conversation that the HR-V would be “released in both hybrid and non-hybrid variants”. ”It will attract customers with its latest design and fuel average.”

“The HR-V will come in a hybrid and non-hybrid variant. It will attract customers with its latest design and fuel average” General Manager of Sales and Marketing at HACPL Amir Nazir told Profit. HACPL has not given a quote on the official price of the HR-V as it is likely part of the ‘surprise’ that Nazir has hinted at. However, Nazir has hinted to Profit previously that the HR-V will be priced competitively in comparison to its direct competitors.

A 2022 release will intensify competition in the CUV segment with MG still likely to release their completely-knocked-down (CKD) portfolio later this year, and Haval having released their CKD lineup just this month.