Company will increase frequency of direct flights between Lahore and Islamabad, and the UK 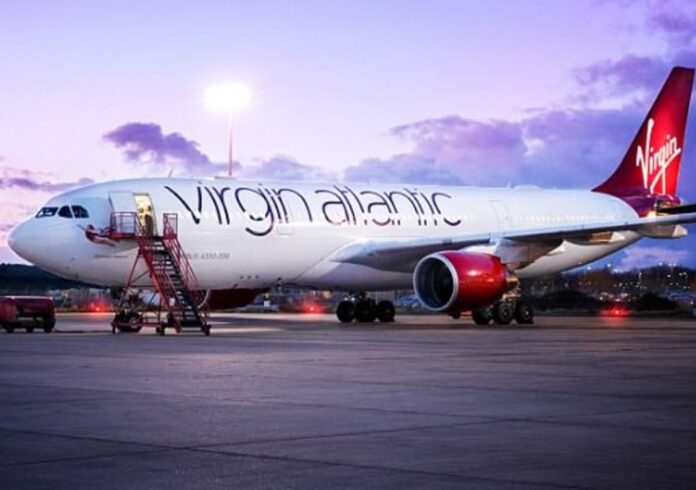 LAHORE: After two years of successful operations in Pakistan, Virgin Atlantic will be expanding operations in the country with the inclusion of additional flights between Lahore and Islamabad, and the United Kingdom.

The airline’s decision to double down on Pakistan comes as part of its recovery efforts to recuperate its losses from the pandemic as it is strategically deploying its aircrafts based on demand.

It is set to join the SkyTeam alliance in early 2023 and will be the only British airline in the alliance as it seeks to enhance group services to and from London Heathrow and Manchester. Its decision to boost flights to and from Pakistan is likely based on the same rationale and can be even seen as complementary to it.

Virgin Atlantic has benefited from the exit of other airlines on the UK-Pakistan route with British Airways ceasing its Lahore-London operations earlier this year with Pakistan International Airlines (PIA) still reeling from the aftermath of its licence debacle. The latter is particularly beneficial for Virgin’s operations.

The British airline will likely operate five two-way flights on Monday, Tuesday, Wednesday, Thursday, and Saturday from Lahore to London. The airline will also operate four flights from Islamabad.

It may be noted here that PIA’s licence issue dates back to the crash of Flight 8303 on 22 May 2020 after which then Federal Minister for Aviation Ghulam Sarwar Khan alleged that 150 pilots had fake licences. This led to the European Union (EU) and the United Kingdom (UK) banning direct flights from Pakistan, and the government subsequently seizing the licences of 250 pilots. Licence issues have led the country’s national airline to lose out to what some report as 1,000 flights to and from the UK annually. It is likely that Virgin Atlantic is eyeing to take as much of this pie as it can.

PIA is hopeful that it will fully restore its European operations by early 2023, however, it remains to be seen whether it will be able to operate at the same scale prior to the licence scandal and Covid-19.

Commenting on the development, Virgin Atlantic’s Head of the Middle East, Africa, and South Asia Liezl Gericke stated that the decision to double down was a testament to the success that the airline had found in its Pakistan operations in terms of brand equity as load factors in September rose to 90 per cent between Pakistan and the UK.