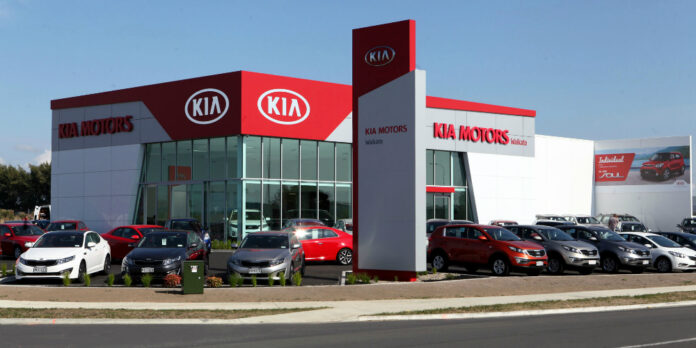 LAHORE: A clarification from Lucky Motors Corporation confirmed that the group will continue to be the sole manufacturer of KIA passenger cars in the country after another car manufacturer, Dewan Farooque Motors, had announced they had entered into an agreement with South Korean car manufacturer KIA as well.

The Dewan group’s announcement a few days ago had given rise to speculation that there would be two different assemblers in the country marketing and selling KIA cars. However, according to a notification issued to the Pakistan Stock Exchange (PSX), Lucky Motors will continue to exclusively manufacture KIA’s passenger car portfolio while the Dewan Group will be launching commercial vehicles.

Earlier, the Dewan Group had also issued a notification to the PSX announcing a Technology License Agreement (TLA) with KIA Corporation. “We will have commercial vehicles and others as well in our portfolio,” Muhammad Hanif German, Company Secretary at Dewan Farooque Motors, had told Profit.

Questions had naturally been raised over how Lucky Motors would be managing this arrangement in Pakistan. The expectation was always that their portfolio of KIA cars will be quite different from the one that KIA Lucky Motors has. However, no specificities were unveiled by either of the two aforementioned parties until now.

However, a communication relay from KIA Middle East and Africa has affirmed Lucky Motors’ status as the sole manufacturer of passenger vehicles in Pakistan. Furthermore, it elucidates upon KIA’s newfound partnership with the Dewan Group and mentioned that Dewan will be only producing commercial vehicles from KIA’s commercial portfolio.

What Dewan Farooque Motors meant by “other vehicles” being a part of their portfolio is now even less clear than it was a few days ago. Profit also reached out to Muhammad Faisal, the President of Lucky Motors’ Automotive Division, but could not elicit a response from him on the matter. The issuance of this statement by Lucky Motors, merely three days after Dewan’s announcement, highlights the gross nature of speculation that might have run rampant.

So what will Dewan be producing?

The Granbird is unlikely to be in immediate production though. Dewan has a rich history of specialising in producing the well known Shehzore truck. So it only makes sense that it brings up the production of another truck. But in case Dewan does introduce the Granbird, the vehicle is likely to make ripples in Pakistan’s bus industry, which is currently dominated by Chinese brands.