A hitchhiker’s guide to shareholder activism 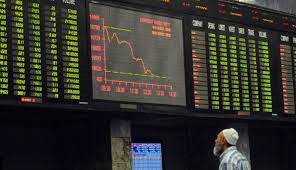 You wake up one day and learn that your relatives have decided to return your portion of your grandfather’s inheritance (yes, an unlikely scenario in real life but let’s roll with it). You wonder what to do with your new found fortune and stumble upon the brilliant idea to invest all of it in the stock market  (no wonder your relatives never let you have the money). You buy shares in different companies and are now a proud shareholder on the Pakistan Stock Exchange (PSX).

What next? Despite your new found investment in these companies, you may very quickly find yourself floating. Aside from the occasional dividend, marginal voting rights, and an invitation to the Annual General Meeting of the companies you’ve put your faith in, there isn’t much to do. And when the companies start acting erratically or when their management is clearly floundering all you can do is sit back and watch. Shareholders that do not have significant stocks in any company rarely have a say in its governance.

Assuming you can get your group of fellow investors all on the same page, what next step will you take? The journey ahead will be long and hard-fought. While minority shareholders are given rights in the corporate governance laws of Pakistan, they are not really practiced in spirit and are rarely implemented.

The rights of minority shareholders

The question is that of activism. Generally, individuals that hold 10% or more shares in a company are easily able to exercise their rights as minority shareholders. They are heard out by the board and often sit on it as well. But the problem is that multiple smaller shareholders banding together to reach the 10% shareholding mark is rare.

If you do somehow manage to band together, you are essentially practicing shareholder activism.  The code of corporate governance 2012 asks listed companies to facilitate minority shareholder interests, but these companies are not really going to facilitate you and your friends to interfere in their company just because you bought a minority stake. Nevertheless, your group now has some legal rights.

But before your lot starts going to court for every disagreement you have with the company’s board, it is wise to first elect your own director who safeguards your minority shareholder interests. A 2018 paper in the Pakistan Journal of Social Sciences talks about the Cumulative Voting Process (CVS) as a protection mechanism for minority shareholders. The companies act has made it mandatory for listed companies with share capital to have the CVS. However, this mechanism is not applied in spirit.

So, how can minority shareholders elect their own director to the board of a company?

(Author’s note: The following section can only be understood by those who have passed 8th grade Math)

On the other hand the CVS system is a little different. In CVS, the total number of votes will be calculated as the number of vacant seats multiplied by the total number of shares which in this case would come to 4 multiplied by 4000, which is 16000 votes. And all of these votes will have to be given cumulatively at the same time. In this case, the majority shareholders have (3000 x 4 = 12000 votes) votes to distribute among their 4 candidates (A,B,C,D) while the minority shareholders would have (1000 x 4 = 4000 votes). We see that in no situation can they appoint all four of their nominees to the board because one candidate (in this case candidate D) will always have less votes than the total votes of the minority candidate.

Consider the diagram below.

Cumulative vs Regular Voting System for Election of Board of Directors

If you want a recent real-world example of this, consider the elections for the BOD of Merit Packaging in May 2021, a company covered by Profit recently. There were 8 candidates and 7 seats on the board. 5 seats were sure to be filled by the majority shareholders but 3 people were vying for the 2 remaining seats: Ahmed Munaf, Hossain Aga, and Raziuddin Monem. Munaf was the representative of the minority shareholders. The CVS allowed Munaf and Aga to pool their votes and beat Monem to get elected to the board, but the situation could have gone the other way too.

Even though you were able to get on the board as a director, it is usually not that simple in real life. Despite the mandatory CVS, most companies in Pakistan don’t use it. According to a survey on listed companies, 80% don’t implement CVS. Further, the management of these companies are not aware of the good corporate governance practices meant to ensure the rights of minority shareholders.

There’s also another catch. You might think you have the same voting rights as everyone else but in Pakistan things are a little different. The listed companies here are allowed to issue shares with enhanced voting rights. State, family, and groups-owned companies exploit this rule to control public companies, and it’s an uphill battle for small-time-investors-turned-minority shareholders to gain control of the companies they’ve invested in. Are you rethinking your investment in the stock market yet? This is why voting rights are so important because they act as an accountability mechanism for good corporate governance.

There are also some other hurdles to becoming a minority shareholder activist. It’s not easy to find enough other shareholders who will want to partake in your 10% group. It’s not like other shareholders of a company have a sign on their foreheads looking to form a minority shareholder group. You or others might not be physically present in company meetings to meet others, much less talk to them. Even if you did find enough people, you may not know how to write technical resolutions to be discussed in the meetings.

The Securities and Exchange Commission (SECP) of Pakistan, the watchdog of financial markets, lists the protection of minority shareholder interests as one of its foremost priorities but a lot more needs to be done. Some recent amendments require companies to give detailed information in their reports about all affairs of the company (including any court proceedings), mandatory video link facility for participation in AGMs, and reduction of dividend turnaround time (from its declaration to its payment) to 3 working days from 15. In addition, the SECP also organizes training and awareness sessions to safeguard the minority shareholder interests.

The laws for protection of minority shareholders are there but more of the same is needed. Enforcement of these rules needs to be ensured as many companies flout these with no accountability. Lastly, you as a shareholder need to be aware of your rights and also better inform yourself about the workings of the stock market before thinking of yourself as the next bigshot.

- Advertisement -
Facebook
Twitter
Linkedin
WhatsApp
Email
Previous articleLucky Motors to remain exclusive manufacturer of KIA passenger cars and suvs
Next articleDid the world of cricket miss out on its biggest ever televised event?