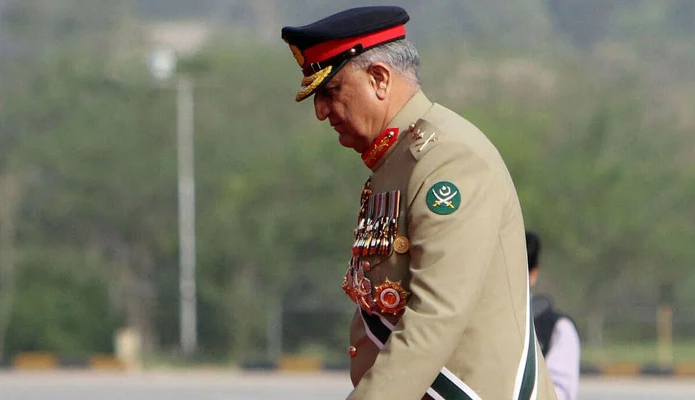 On the 3rd of October 2019, General Qamar Javed Bajwa met with the heads of Pakistan’s leading business families at a dinner reception. Anyone who was anyone was there. Mian Mansha, Hussain Dawood, Mohammad Ali Tabba, Gohar Ejaz, Aqeel Karim Dhedi, Zubair Tufail, Siraj Qasim Teli, Saqib Shirazi — from the world of banking to automobiles, every titan of industry was present at the meeting.

As the meeting went late into the evening, the conversation changed from polite pleasantries to a full-blown airing of grievances. And this was not the first time.

In his six-years as Chief of Army Staff (COAS), General Bajwas held meetings with the business community on numerous occasions. As he said himself in his recent retirement speech, the Pakistan Army has been involved in political decision making for a while until it took a conscious decision in February this year to step away from politics. In this time, because of the political sway the army held, General Bajwa was often sought out by representatives of different industries, who wanted him to play a role in pushing the government of Prime Minister Imran Khan to hear and address their issues in an economy fast running off track.

Not only was the macroeconomic situation fast deteriorating, which was then made worse by the impact of the Covid-19 pandemic, but businesses regularly claimed that they were facing the issue of an FBR tasked with maximising revenue and collecting more taxes than ever. Another persistent complaint across different industries was that NAB’s involvement in private businesses was making the country’s environment hostile to doing business.

According to sources close to the matter,  a key player in arranging these meetings was Waqar Malik, who is the CEO of the Fauji Foundation and has in the past remained a director of the Pakistan Business Council – an advocacy group created by major industries to promote a business-friendly environment in the country.

As he doffs his uniform and hands over the cane of command to General Asim Munir, it is worth looking back at the legacy he leaves as a business broker. Profit looks back at some of the major moments in which the business community looked towards General Bajwa to have their grievances heard.

August 2019: Prime Minister Imran Khan approves an extension in the tenure of Army Chief Gen Qamar Javed Bajwa for another three years. His extension marks the second time in nearly a decade that the country’s top general had their traditional three-year term extended. Later that month, General Bajwa met with traders in Karachi, assuring them that he would talk with the government for resolution of their problems. The COAS asked them to contact him if they face any problem(s) in future.

October 2019: General Bajwa meets with a delegation of some of the biggest names in business in Pakistan.  The high-powered delegation told the army chief the government never seriously addressed the issues of the business community and would only pay lip-service to their complaints.

The business community expressed its concerns about stagflation where the GDP growth is touching the lowest ebb while inflation is persistently rising and its resulting into halting economic activities. They also complained about the FBR squeezing them to maximise the government’s revenue. General Bajwa

October 24th, 2019: Prime Minister Imran Khan says that Chief of Army Staff (COAS) General Qamar Javed Bajwa met business tycoons “with his permission”. “Where there is no rule of law people gravitate towards power. The army chief asked for my permission to meet the businessmen and I saw no harm in it,” journalist Amber Rahim Shamsi quoted him as saying.

September 2020: A delegation of top businessmen of Karachi met the army chief at the Corps Headquarters in Karachi and took up various issues including the Gas Infrastructure Development Cess (GIDC), high cost of land in Karachi, problems in exports and production activities, as well as lack of industrialisation. Gen Bajwa had assured full support to industrialists and businessmen in resolving various issues besides urging them to set up more industries and enhance exports.

Gen Bajwa asked the industrialists to send a one-page proposal on the GIDC issue so that he could discuss this at length with Prime Minister Imran Khan.

June 2021: A delegation of the Federation of Pakistan Chambers of Commerce & Industry (FPCCI) and the army chief discussed the “evolving regional economic environment” as well as the FPCCI’s role in the development of commercial and industrial hubs in Pakistan, the Inter-Services Public Relations (ISPR) said. The meeting back in October 2019 had also been attended by former president FPCCI Zubair Tufail.

In the meeting, General Bajwa assured the business community of the army’s “complete support” for the economic uplift of the country.