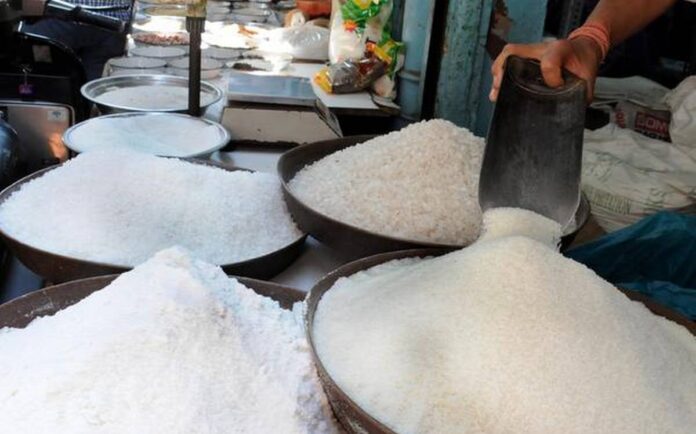 ISLAMABAD:  A stalemate between sugar barons, the finance ministry, and the Sugar Advisory Board has ended in favour of the sugar millers with the government allowing the export of around 500,000 tons of sugar.

Powerful sugar millers had been anxious to export over 1.2 million ton sugar, which they term surplus stock, but were being opposed by the Ministry of Food Security and Research (MoFS&R), which was anticipating a shortage in this year’s sugar crop owing to massive flooding in the country earlier in the year.

The matter had escalated in a meeting between representatives of the sugar industry with MoFS&R minister Tariq Basheer Cheema chaired by finance minister Ishaq Dar. According to sources present at the meeting held on the 21st of November, Dar had been in favour of exporting the sugar to bring in much needed foreign exchange. However Tariq Baseer Cheema, who is also chairman of the Sugar Advisory Board, had in a speech in the lower house sworn to stop the export of sugar and threatened to resign as chairman of the board if the government allowed it.

Back then, Tariq Basheer Cheema had claimed that the sugarcane crop had been damaged by the floods in Sindh, and there was a genuine fear of a shortage of sugar in the country. Therefore, it was decided that the Ministry of National Food, Security and Research would collect data from provincial sugar commissioners about availability and surplus sugar before taking the final decision, since exporting the surplus sugar could result in a price hike in the domestic market.

However, now, the food ministry seems to have allowed the export of a smaller amount of the essential commodity. During the second meeting held to review the option of export of sugar,chaired once again by Ishaq Dar, it was decided that the matter would be discussed in a meeting of the Sugar Advisory Board meeting scheduled to be held today (Tuesday). Subsequently the proposals of the board would be forwarded to the Economic Coordination Committee (ECC), which is also scheduled to be held on the same date, sources informed.

He said the sugar industry has constantly been appealing to the government to allow them to export the surplus sugar so that the new working capital could be provided by the banks for the new crushing season. India so far has exported six million tonnes of sugar and converted the remaining into ethanol to save foreign exchange.

“The prices of sugar would ultimately go up by 35 percent as the sugarcane prices have jumped up by the same percentage,” he said in reply to a query about impact of the sugar export on local prices.

The meeting was also attended by SAPM on Finance Tariq Bajwa, SAPM on Revenue Tariq Mehmood Pasha, Secretary NFS&R, Special Secretary Finance and other senior officers from Finance and NFS&R.