I am sure everyone has heard about lobbyists and most people know that these individuals or organisations exist all over the world and are connected to politics and government. In fact, their main task is to influence the government – to ensure protection of business and financial interests of those they represent. It could be to lobby for or against laws, regulations and rules which promote or hamper the particular lobby. In Pakistan, these lobby groups include various chambers of commerce, business councils and many powerful industry-specific associations. Is their role in our economy good, bad or perhaps both?

We recently heard of a delegation of a prominent business lobby group visiting the prime minister. According to press reports, this particular delegation, which was composed of top businessmen and corporate executives in the country, gave a strong message to the Prime Minister and his economic team. Something on the lines of what must be done by the government to save the economy.

Noble intentions, I am sure and from well-meaning individuals who have the country’s interest well and truly deep in their hearts. Of course, this was not the first or the last group of business representatives to suggest what needs to be done to fix the problem.

The problem, as we all know, is simply that the country spends much more than it earns and therefore it has no money to pay its bills. For this problem, everyone, at least the dozens who pop up on the idiot box every day, has a solution. The business councils and chambers being no different, wave their own magic wand.

But I am curious if any of these lobby groups have taken note of how the government earns and where it spends. I don’t mean an analysis of government tax revenues and expenditure on defence, debt servicing etc. Even school children in Pakistan are well acquainted with those.

Instead, I mean analysis of government support and subsidies that benefit the many augusta members of these lobby groups. How much is provided by the government as a result of regulatory capture, guaranteed returns, subsidised inputs, state granted cartels and monopolies – to name a few traditional avenues for wealth creation in Pakistan.

When banks and financial institutions fix interest rates with little or no competition – there is a huge price paid by businesses and the economy. When power producers and distributors are provided dollarized guaranteed returns there is a large burden placed on the economy.

When entire industrial sectors are placed in near to zero tax regimes, the economy loses a major revenue source. When industries are protected beyond reasonable levels, the extra cost is borne by the consumers. When certain sectors are chosen to access the fast-dwindling natural gas reserves, the entire country pays for lost opportunity.

When was the last time a bank tried to take risks and provide loans to businesses to try and jump-start the economy, instead of earning massive returns from government treasury operations? Can the power producers free themselves of the guaranteed dollarized returns / over invoicing model which has broken the back of this country? Can they risk investing in models in which they have to be competitive?

Has the manufacturing sector thought about innovation and better business strategies to compete in the international market – instead of relying on cheap labour, energy, tariff protection – all underwritten by the government.

I can go on and on but the point is that no large-scale industrial sector in the land of the pure is able to run without government handouts. It is not just the physical loss of revenues or higher cost for the public; government dole is the very reason that these sectors remain inefficient and their management teams, ably backed by the lobby groups, exert maximum efforts in trying to cling to these broken business models.

It’s a vicious circle – the more the government gives the more needy the sector becomes. Where are the Pakistani big businesses taking risk – is something one would like to understand! Or as some would say – being in Pakistan is the riskiest of all enterprises. If so, there are over two hundred million of these risk takers and most of them probably not by choice!

Coming back to our councils and chambers, what purpose do they wish to serve? Should they continue to support elite capture or they need to introspect and think about reinventing themselves? How about planning to wean off their industry from all types of government subsidies, sooner than later? This, in my view, is the biggest challenge for any industry and one that merits all the brains associated with any particular sector to work endlessly for.

It is sad to see the continuous parade of businessmen and lobbyists to and from government offices, frequently followed by atrocious looking newspaper advertisements with claims about employment generation, taxation and how they are the Almighty’s gift to the nation.

All in bad taste.

No doubt that government subsidies and concessions have a role to play – and this is true globally.  But should it be timeless and indefinite? Something that the industry learns never to live without? If so, and if our businesses can only survive on the ventilator, then the only decision to be made is when to pull the plug. The lobby groups need to think out of the box!

Facebook
Twitter
Linkedin
WhatsApp
Email
Previous article
Buying influence
Next article
No matter what Ishaq Dar says, your dollars are not his 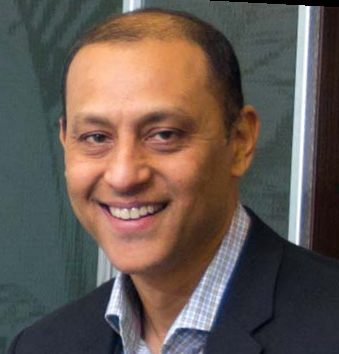