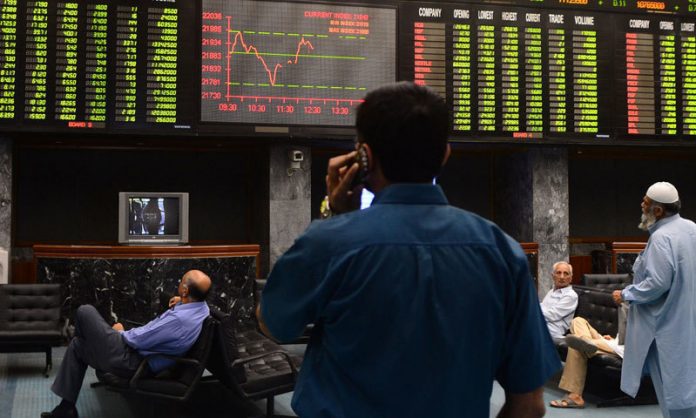 The selloff of up to 40 percent stakes of Pakistan Stock Exchange (PSX) to strategic investors could be the next big liquidity event for the local bourse, Insight Securities said in a report on Wednesday.

Referring to the investors growing interest in buying stakes in the local bourse, which are up for sale, the report said this selloff could spur the next round of liquidity into the capital market, which rallied more than 10 percent after news of its reclassification to MSCI Emerging Market Index, which will come into effect next June.

The aforementioned selloff, along with 20 percent IPO, could inject a combined $136 million in the brokers’ cash balances and another $60 million revaluation gains on freely held 40 percent PSX shares by June 2016, resulting in higher capital adequacy and proprietary trading, the report said. The PSX has also requested brokers – the current stakeholders of PSX – to offer the remaining 40 percent stake as well. If all brokers agree to offer the remaining shares, the cash inflow would increase to $227 million, it said.

PSX’s plan to bring in a strategic partner has achieved a major milestone as more than two global stock exchanges have shown interest. Among them, Shanghai Stock Exchange is reportedly the frontrunner while a delegation of Nasdaq is said to be visiting the PSX tomorrow.

Earlier this year, the management of PSX personally visited some potential investors in China, USA and the UK. As a result, PSX received 17 Expression of Interests from foreign and local investors who then applied to become strategic partners at the bourse through a purchase of its shares.

‘’The new foreign partner is likely to improve the functioning of PSX by streamlining operations and efficiencies. Further, we also expect an introduction of new products, such as futures, options, and other derivatives,’’ said Zeeshan Afzal, Executive Director Research at Insight Securities.

Though the selloff of PSX stakes can result in further liquidity to the market, the benchmark KSE-100 share index has already been rallying since mid-June following the news of PSX inclusion in MSCI Emerging Markets Index – a development that is likely to bring in up to $500 million in global portfolio investment.  The benchmark index, which tracks the performance of 100 largest stocks based on market capitalization, has gained 9.6 percent in the last three months alone – it closed at 40,541 on September 30, up from 36,979 level as of June 14, 2016.

The sale of PSX shares has yet to materialize, the market is already showing positive sentiments following the announcement by Shanghai Stock Exchange and news of a Nasdaq delegation’s visit to the bourse as the benchmark index gained another 1.75 percent since Monday.

Completely disregarding cross-border tensions that resulted from the killing of 18 Indian soldiers last month, the index beat previous records and staged a new all-time high of 41,425 during intra-day trade on Wednesday.

Lotte Chemical emerged as the volume leader with as many as 42 million shares changing hands at per share price of Rs9.04 up Rs0.99 from last day closing price of Rs8.15. It was followed by Bank of Punjab and Pakistan International Airlines Corporation with 41.5 million and 39.8 million shares traded respectively.

In total 657 million stocks worth Rs17.9 billion were traded on Wednesday. The share price of 269 stocks went up, that of 132 depreciated and 18 stocks’ prices remained unchanged until the end of the trading session.

ISLAMABAD: The Prime Minister has summoned a special meeting of the Federal Cabinet on Thursday, December 30, to discuss the Finance Supplementary Bill 2021. According...
Read more
- Advertisement -