PR gets seven locomotives from US 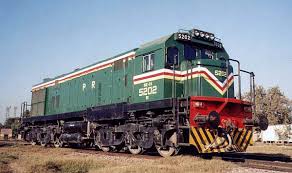 The first consignment of seven modern locomotives out of 55-locomotive imported from the United States reached Karachi port on Sunday.

A senior official of Pakistan Railways said these locomotives will be handed over to the railways on Monday.

The locomotives are 4000 horsepower and will be used to deliver coal to Sahiwal Power Plant. The remaining 48 locomotives are expected to be handed over to the Pakistan Railways this year.