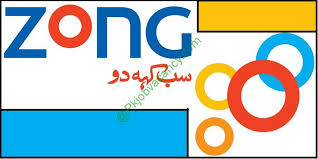 China Mobile Pakistan (Zong) has announced its plan of further investing  $200 million in the country, in order to expand its coverage in urban as well as rural areas.The company plans to expand its 4G coverage to rural areas in addition to the urban areas, reported a national daily.

The company has invested over $2 billion in Pakistan over the last few years and was the first company to invest money in the spectrum auction of 3G and 4G mobile broadband services.

The company announced its network and investment enhancement plans at its Annual Business Conference, which is one of the biggest telecom events of the year. The decision to pour more money has come after the company posted strong results in 2016, reflected by the company’s growth, aggressive network expansion and increasing trend of revenues.

Zong’s 4G subscribers have reached 2 million, while it has expanded its 4G coverage to over 300 cities across Pakistan.