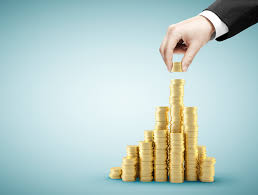 The board of directors of Silkbank Limited, in their meeting held on February 28, declared an operating profit of Rs 1.23 billion, with post-tax profits of Rs 739 million. The results were a turnaround for the bank with a net profit increase of Rs 2.58 billion over the previous year’s result.

The growth was driven by a formidable increase of 40.31% in net interest income, with non-interest income also reflecting a strong growth of 16.81%. Despite recording an extraordinary growth in earnings, administrative expenses only grew by a marginal by 4.4%. During this period, deposits grew by Rs 5.69 billion, advances by Rs 2.3 billion, with non-performing loans (NPL’s) reducing by Rs. 2.7 billion.

Silkbank is already Capital and CAR compliant as per SBP regulations. The growth and profit expectations for 2017 remain very strong, driven by the bank’s high earning consumer assets and card portfolios where the bank maintains a leadership position in several products.