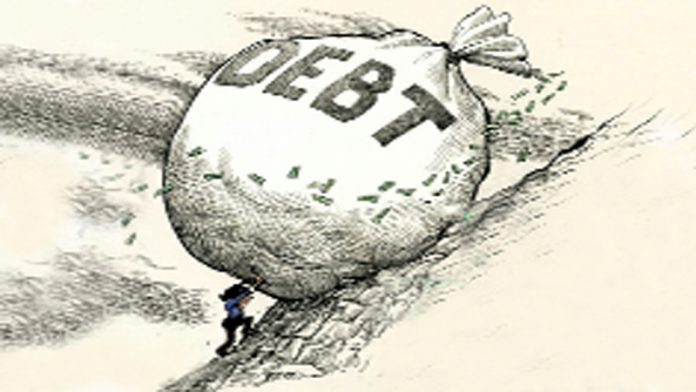 President, Pakistan Tehreek Insaf (PTI) Women Wing Balochistan, Fehmida Jamali said the country’s overall debt increased by 68 per cent of the total size of the economy in the incumbent government which is against the rules of the fiscal responsibility and Debt Limitation Act (FRDL).

Under the rules when the debt increases as per the prescribed ratio of FRDL, then you have to refer the matter in the parliament to take the necessary approval, but till now the finance minister failed to do so, which was a legal obligation on him.

Talking to newsmen on Friday, Fehmida Jamali said the increase in debt burden is alarming as the majority of loans are being spent on non-productive sectors.

The productive loans for development projects are good but national sovereignty should be kept in sight while increasing the debt burden. She continued saying that the debt limit was fixed at 60 per cent of GDP while Pakistan had reached 68 per cent, due to which 40 per cent of the budget was spent on debt servicing instead of education and health. She believed that the situation could worsen if timely actions were not taken to increase exports, human resource, and control imports.

Fehmida said during the ruling tenure of PML-N government, beginning in June 2013 and its completion in June 2018, has been reliant on heavy and expensive external debt borrowings after it failed to increase exports and attract foreign direct investment; though getting loans for economic needs was not a surprising feat as the United States was also the largest loan taking country in the world but the important aspect is that the loans should not be taken for the repayment of loans only, but rather for spending on productivity projects, like on untapped sectors i.e. agriculture, minerals.

Jamali also questioned about the ratio of equity and debt of the CPEC investment which is settled outside Pakistan and the SBP was seeking details from the Chinese companies which had not arrived yet.

PTI president further called for value addition and effective marketing to increase exports which have declined to $20 billion from $25 billion; including the necessary restructuring in the Trade Development Authority of Pakistan (TDAP) which is a primary organisation to look after the country exports which spends billion of rupees of taxpayers’ money annually with no outcome.