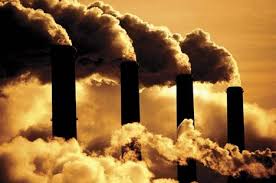 The groundbreaking of 1320 MW coal-fired power plant in district Hub, Balochistan will take place on March 21 (today). The project is being constructed by China Power Hub Generation Company (CPHGC), a joint venture project company set up by the Hub Power Company (HUBCO) and China Power International Holding Ltd (CPIH). With an estimated cost of approx. $2 billion, the project is one of the largest coal-based power projects being constructed under the China-Pakistan Economic Corridor (CPEC). The project will contribute 9 billion kWh of cheaper electricity into the national grid annually, supporting 4 million Pakistani households yearly. High ranking government officials along with Chinese officials will perform the groundbreaking of the project.

One of the biggest issues of power sector in Pakistan is the expensive power generation and cheap electricity production through coal will help reduce the power sector deficit, ultimately bringing down the circular debt. Currently, China Power International Holding Limited (CPIH) has a 74 per cent share while The Hub Power Company (HUBCO) has a 26 per cent share in CPHGC. The project would consume an estimated 3.8 million tonnes of coal per annum. A Dedicated Jetty Terminal would also be constructed alongside the power plants to import coal directly to the plant. China Development Bank (CDB) is leading the bank consortium that is funding this project.

State-of-the-art Supercritical Technology based boiler units are being used for this project. This supercritical technology is widely used in most of the developing countries to improve the coal efficiency, lower the cost of fuel and to cut down the emissions. In addition to that, Electro Static Precipitators (ESPs) are installed to control particulate matter emissions in this project. Low NOx (Nitrogen Oxides) burners for the burning of pulverised coal are specially designed to reduce NOx emission in comparison with other burners. CPHGC is employing all these technologies and will spend around 10pc of the project cost on these pollution control technologies. A detailed Environment and Social Impact Assessment (ESIA) has been carried out at the site. The site will follow all NEQS (National Environment Quality Standards) and IFC (International Finance Corporation) standards.

CEO of China Power Hub Generation Company (Pvt.) Limited Zhao Yonggang said that 1320 MW coal-fired power project is the largest power project being constructed in Balochistan under CPEC and it will bring immense socio-economic benefits for the country, specifically for the province of Balochistan. The province will receive a tremendous boost during the construction and the operation period of the project. The project construction will provide opportunities through induction of skilled, semi-skilled and unskilled workforce by Project Engineering, Procurement and Construction (EPC) contractors through sub-contractors during the construction period. In addition, other economic activities around the project site are also likely to witness a major increase. Various CSR programmes for the local community such as new schools, medical centres, basic infrastructure around the site and technical training programmes are under development within its CSR budget. Every year after COD, some portion of the company’s annual profit will be reserved as CSR fund for the betterment of the locals and province of Balochistan.