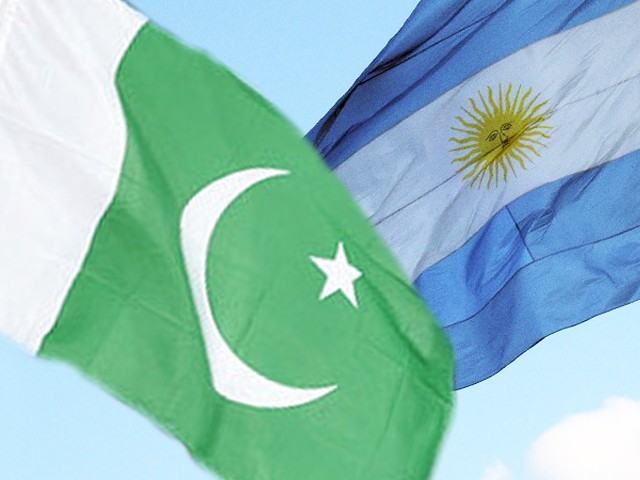 During his visit to the Pakistan Textile Exporters Association (PTEA) on Wednesday, the Argentinian Ambassador stated that businessmen from both countries must collaborate to strengthen trade ties through regularly participating in exhibitions, organising trade delegations and other such trade promotional activities.

He informed 60pc Argentina’s textile products’ demand is met through imports while 40pc are produced locally. Moreover, the textile clothing imports have risen by 27pc in 2016, hence representing an opportunity for Pakistani businesses to market textiles in Argentina.

The Argentinian Ambassador also highlighted that Argentina’s agricultural sector could collaborate with Pakistan to develop Pakistan’s agricultural sector which significantly lags behind Argentina. He stated that Argentina could share knowledge and expertise to improve yield and also assist in improving irrigation, which would result in more yield and optimise on water resources. He further encouraged PTEA to maintain a working relationship with the Argentinian Embassy to pinpoint areas of mutual interest and cooperation.

Earlier, PTEA Chairman Ajmal Farooq stated that Argentina represents as one of the major export destinations for Pakistan. He further added that the volume of bilateral trade has the potential to grow further as bilateral trade between the two countries stands at one-quarter of its true potential.

Pakistan’s exports to Argentina were around $52 million and imports from Argentina stood at $194 million during the ongoing fiscal year, he revealed.