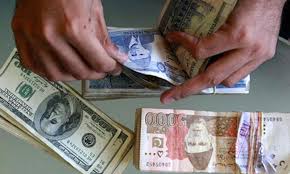 Pakistan’s trade deficit has surged by 38.8pc to a historic high of $23.385b during the first nine months of the current fiscal year.

When the present government was sworn into power in 2013, the domestic trade deficit stood at $20.435b. Since then it has been following an upward trend due to  rising imports, while export level has continued to decline to reach the level that was prevalent 5 years ago.

According to the data released by the Pakistan Bureau of Statistics on Tuesday, Pakistan’s trade deficit clocked in at $3.208b in March, 77.34pc higher compared to the same time a year ago.

With the current state of affairs, the deficit is expected to mount to $30b by the end of June this year – the highest ever trade deficit recorded in the history of the country.

The major contributors to the import bill include the largest-ever rise in power generating machinery, office and data processing machinery, construction and mining  and agriculture machinery and implements . Commerce Minister Khurram Dastgir is reported to have said that the nature of imports depicts an increase in investment and industry which will prove beneficial for the economy. However, he noted that the rising negative balance of payments is a concern for the government and stated that the government will be focusing on the issue during the current quarter.

Former economic adviser Dr Ashfaq H. Khan is reported to have said that with the prevalent situation, Pakistan’s imports would reach to a historic high of over $50b. With exports dwindling at around $20b, the negative trade balance is likely to touch $30b, he warned. He stated that the government did not pay heed to the impending crisis and the finance minister did not take any action to retain and improve the country’s export competitiveness. The overall import bill rose by 18.67pc year-on-year to clock in at $38.504b during nine months of the current financial year (July-March). In March alone, it soared by 41.22pc to $5.009b. In 2012-13, the import bill stood at $44.950b.

Export proceeds during nine months of the current fiscal year declined by 3.06 pc to $15.119b. In March, however, export proceeds witnessed a growth of 3.62pc, mainly because of an increase in exports of value-added textile products. Exports of garments and other value-added products to Europe have picked up pace under the GSP+ preferential tariff scheme.

The government set an annual export target of $35bn by 2018 under the three-year Strategic Trade Policy last year. However, the policy announced in April last year remains challenged as it could not attract the desired exporters due to its complex procedures. Just recently, the commerce secretary was removed due to lack of implementation of the trade policy as per the timeline.

Under the 2015-18 policy, the Ministry of Commerce announced five cash support schemes to address product design, encourage innovation, facilitate branding and certification, upgrade technology for new machinery and plants, provide cash support for plant and machinery for agro processing and give duty drawbacks on local taxes. To address the issue of corruption, the government took the decision to release the subsidy through the State Bank of Pakistan (SBP).

An official from the commerce ministry stated no claims were received for disbursement due to procedural complexities. Analysts are of the view that exports need the attention of the state at institutional, policy and entrepreneurial levels. The government is negligent on all these fronts. Moreover, reforms in trade-related departments await policy formulation. The government has only been active in awarding subsides to entrepreneurs to muster political support. The government has announced Rs180b subsidy package for textile, clothing, sports, surgical, leather and carpet sectors applicable until June 30, 2018, when the next general election is due to be held.