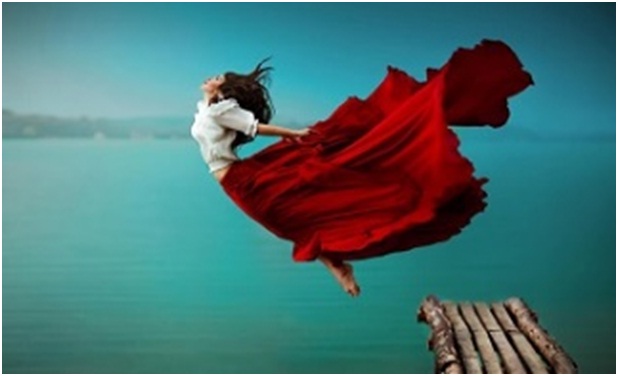 A few months ago I took my head office team to a team building session at a nearby resort. Although I was heading the HR function for this company, but a trainer at heart I facilitated the sessions myself. During a specific activity, Tug of war, my fellow colleagues asked me to compete along with them too. As a trainer, I had previously made many teams to do this activity. To me, it just seemed a great energizer and fun activity. The debriefing sessions had also always been fun as people would actively participate and talk much about resilience, teamwork and skill. However surprisingly this was the first time that I stood holding the rope along with my team. At the blow of the whistle everyone started to pull. Within seconds I no longer knew where my team members were, I was determined to not let go till the whistle rang again.  The seconds started to seem like hours, draining me of every bit of energy left. I was thirsty, out of breath and very weak in the legs. Once or twice we were pulled forward and that for me meant more effort to pull us back. All this seemed like a never ending ordeal, I did know what my motivation was and there was no compelling reason to struggle and suffer, but somehow I knew I couldn’t give up at any cost! Later when I think about it, it felt like my heart would have stopped had I continued any longer. The game ended and we were victorious.

Several months down the lane, I decided to quit my job for greener pastures. The decision was never abrupt, nor very well planned. I had been wanting to start a venture of my own since the day I had taken this new role as head of HR. Discussion amongst friends and professional peers would often revolve around possibilities, many a times I would find those with similar ambitions, tired of their current organizations culture, boss or the general slow growth path that their company had to offer. Most employees aspired self-employment or were jealous of those who walked that path. However, most ideas that emerged in these gatherings either died the very same day and some attempts, that were made, just lasted long enough to face the first obstacle. I waited too long for opportunities to knock on my door and when I realized that it wouldn’t happen, I decided it was time to take a leap of faith.

This leap was not very simple. It was a long lasting, intense war between the fear of failure amidst such uncertainty and my ambitions. Fear led to lack of confidence. Mostly I would settle by convincing my mind how I was fulfilling the responsibilities of a large family unit and being the single bread earner was in itself an achievement. Why they, my family, should suffer just because I wanted to adventure on my own. Inspiration is important! When Denzel Washington says “If I am to fall I would rather fall on my face”. Or when Tony Robbins , explains how he drafted every single details of how he wanted his life to be and mapped out how he was going to get there. One should be inspired and take such sources of inspiration to heart.  I believe entrepreneurs not only have the ability to inspire but they are also looking for it all the time. Well I guess in my case, I found it from everywhere, friends, online coaches, books and most importantly my lovely wife. I took the leap!

This would be a great read if now I could share my success stories with you, but I can’t. Because it’s only been a few days that I took the leap. However I can share with you what has changed since then. ! I am in deep waters! For a while there was nothing but darkness, yet the hope of a bright future has lit up my life. Never in my life has creativity flowed with such ease. This urgency and energy was always a dream until now. It is like the universe is conspiring for my glory. At the same time, I feel like I did when I was pulling the rope while playing tug of war. Every day is like those never ending minutes of struggle. Islamic teachings or sayings tell us how a martyr finds more pleasure in every drop of blood that he sheds, than he or anyone could have ever accumulated in a lifetime. I will not discuss the spiritual side of this experience, but surely he must have seen something so much better awaiting ahead that the pain itself turns into pleasure. I can see that light at the end of the tunnel. Only I can see it and this grind, the thought of not being able to fulfill my responsibilities towards my family is no longer painful. I am aloof of the fears that had previously prevailed in my life. My faith with Allah has become stronger, as I no longer seek to grow under the safe shadows of others. I look at the eagles in the sky as they glide effortlessly across and I can tell them “look I can fly too, I can”.     The FUN BEGINS ONCE YOU ARE NOT SCARED ANYMORE.

When I was a kid I figured that the mind could be tricked into enjoying intense physical pain. Every time I went to a dentist I would train my mind to try and find pleasure in pain. Sometimes it didn’t work, but mostly I was able to sustain much pain without complaining. I know this time around the pain is more psychological. It is stressful, but I have to ensure I enjoy this challenge. A wise grey haired man, an entrepreneur turned tycoon once advised me “enjoy these days as you are making stories. When you have achieved what you set out for, it will only be these stories that would be most valuable. You will not pull your hand out of your pocket and show your money to people.”

Usman Gilani
The author is a trainer and an entrepreneur.

Like all good things must come to an end, sales tax has been imposed on solar panels.
Read more
- Advertisement -