Qatar may be awarded $1.5b Karachi-Lahore gas pipeline on a government to government deal 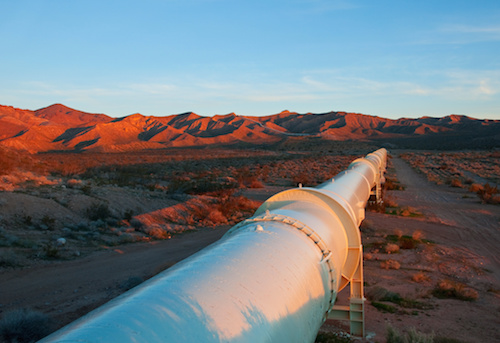 Qatar has expressed an interest in the $1.5b Karachi-Lahore gas pipeline project for supply of imported liquefied natural gas (LNG). The country is among the favourites to win this project since it has come to knowledge that the Prime Minister’s office has offered a government to government deal which means no bidding will be required.

According to an official, this project was discussed on the sidelines of Qatari Emir Sheikh Tamim bin Hamad bin Khalifa Al-Thani’s visit to Pakistan in January this year. While meeting the Prime Minister Nawaz Sharif, he had expressed the country’s interest in working on this gas pipeline project.

The state run gas utility Sui Northern Gas Pipelines (SNGPL) has already finished working on a pipeline augmentation project which would be carrying 1.2b cubic feet of LNG per day. SNGPL has also been requested by the Ministry of Petroleum and Natural Resources to build another pipeline for carrying a similar amount of gas for which its directors have given the go ahead.

On the other hand, Russia has also signed a government to government contract with Pakistan for laying a gas pipeline, named North-South pipeline. This project will be carried out by a Russian company called RT Global. But according to the official, SNGPL has already secured financing worth Rs130b from domestic banks and another Rs 150b for the second pipeline is required which it may be unable to borrow forcing it out of the race to implementing this project.

It is expected that Qatar and Russia will be in the race to win this second pipeline contract but concerns allaying to US sanctions on the latter’s designated company may also force it to pull out. Hence, in this scenario it is Qatar which becomes the favourite to win this contract in light of their willingness to start work within one to two months on this pipeline project.