Pakistan’s Stock Market: No pandemonium, for the moment 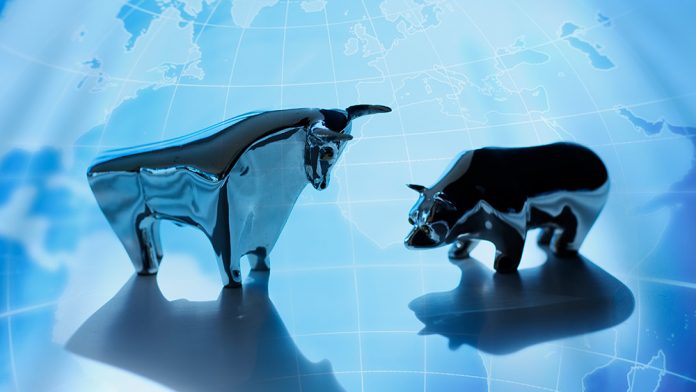 Imran Khan is not the only one celebrating ‘Yom-e-Tashakkur’, many at the stock market are doing the same. The Pakistan Stock Exchange is finally taking its much-awaited sigh of relief, turmoil may not be over but the aircraft has gained some control. The breather may last a few more days till the dust is settled.

The KSE-100 Index fell 1,670 points or 3.6% after the disqualification verdict on Friday. However, as the initial mayhem was over, it recovered in the afternoon and closed 6.27 points or 0.01% higher – attributed to the ruling PML-N choosing not to resort to chaos and accepting the Supreme Court’s verdict.

Since the news of the MSCI rerating of PSX to the emerging market status, hefty investments in the bourse were expected. Much of it materialized in the beginning but, the market began to slow down since the start of 2017. Pressure came from political uncertainty due to the involvement of the Sharif family in the Panama Case as well as the overvalued price of the rupee.

The uncertainty continued until Friday, when the prime minister was disqualified, rather dismissed, from his position on accounts of corruption. In Pakistan’s 70 years of existence, not one prime minister has served a full five-year term. To expect Nawaz to break the legacy was nothing less than a pipe dream, which eventually shattered in wake of the Panama investigation.

‘With the 2018 elections in line, the market will choose to wait before it breaches any records to assess the policies of the new government. Very much like 2013, 2017 was a difficult year for the local bourse and despite enjoying some relief the sentiment is expected to remain low.’

Nawaz, however, is not the only one under the radar who affects the economic stability of the country. Finance Minister Ishaq Dar was also simultaneously dismissed on Friday. That brings us to the question mark that our economic policy has become. Representatives of several chambers of commerce in Pakistan are of the opinion that the economic policies of the government will continue without much change until the general elections in 2018.

But, we cannot eliminate the factor that Dar was playing the firefighter in the rupee/dollar race – the firefighter has no fire extinguisher now. What to make of it is thorny question businessmen have no answer to.

“To eliminate the fear, a depreciation spree is much needed,” said Zeeshan Afzal, of Insight Securities. “Once rupee slides to its real value, investments can be expected across the board, especially foreign.”

As the prime minister chooses to go with a whimper rather than a roar, the bourses take a sigh of relief

The interest likely to remain low

The business community here and abroad has a perception that Sharifs are the answer to their corporate and economic woes with Pakistan – a trader family is expected to support the growth of the business. However, evidence suggests otherwise. Others being worse does not make Nawaz any better.

The current account deficit of last year is unprecedented driven by a massive jump in imports. The State Bank of Pakistan subscribes to the view that import of machinery and material for the gigantic infrastructure projects with China is the cause. The money is coming from record borrowing mainly from our wealthy Northern neighbours. The GDP growth rate, say, experts, is inflated and the local bourse is uncertain hence unstable. In a situation like this, a country without a plan is nothing less than a recipe for chaos.

Currently, some analysts are saying the market will touch 50,000 points by the end of 2017. Yet there are many external factors to be noted, most importantly the rupee-dollar situation.

Analysts at Topline Securities predict that the index will trade in the range of 43,000-49,000 points till the end of the year. Afzal, from Insight Securities, concurs. The market is expected to remain volatile, however, with the investor sentiment, maybe subtle and low, it will not be as pressured as in the first six months of the year.

As Pakistanis’ digital footprint grows, so do the threats to the confidential details of its citizens. Without data protection laws in place, bad actors in India may be able to misuse Pakistani citizens’ private data that they should not even have access to
Read more
- Advertisement -