The index gains about a 100pts at day end 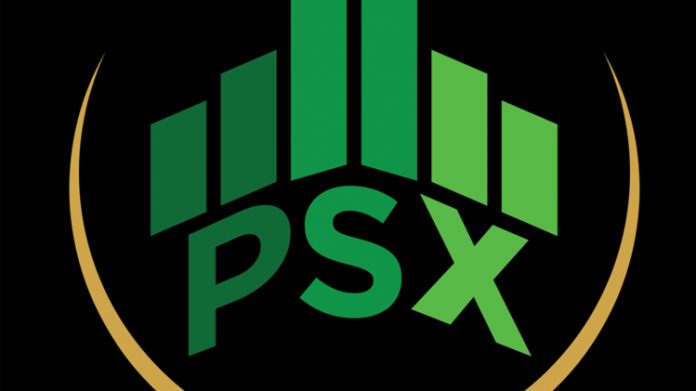 Investors took a leap of faith in the Pakistan Stock Exchange (PSX) after the apex court decision cleared the dust over the political environment. Mian Muhammad Nawaz Sharif no more remains the prime minister but the transition is looking smooth. Investors realising gains by end of the session indicates sentiments still remain weak at the exchange.

The market volumes hit 319.14 million, a healthy number according to market analysts.

Azgard Nine Limited (ANL +3.14 per cent) was top traded as 33.14 million shares of the script were exchanged.

Habib Bank Limited (HBL -5.00 per cent) made it to the list of top 30 traded scripts after the bank disclosed about receiving regulatory approval from Pakistan and Kenya for transfer of HBL branches in Kenya to Diamond Trust Bank Kenya (DTBK).

HBL will receive an additional 4.18 per cent shareholding in DTBK taking its shareholding to 16.15 per cent from 11.97 per cent. The script slipped to the lower lock.

The company reported a 12 per cent extension in net sales. Segment-wise the polyester business grew by 7 per cent, Soda Ash was up 2 per cent, and Life Sciences recorded a 28 per cent rise and the chemicals business appreciated by 20 per cent.

Operating profit was 16 per cent higher compared to FY16 was driven mainly by Polyester, Life Sciences and Chemicals Business. This resulted in 16 per cent inflation in net profit which converted into earnings per share of Rs 35.69. The board also approved of Rs 8.00 cash dividend per share.

The company with 17.70 per cent market share (according to company financials) registered a 3.10 per cent overall growth in total volumes which increased net sales by 1.20 per cent YoY. While local sales were on a rise of 13.90 per cent exports declined 33 per cent.