Pakistan, a strategic hub for Nokia

Far from giving up, the one-time Finnish mobile giant flexing for a comeback 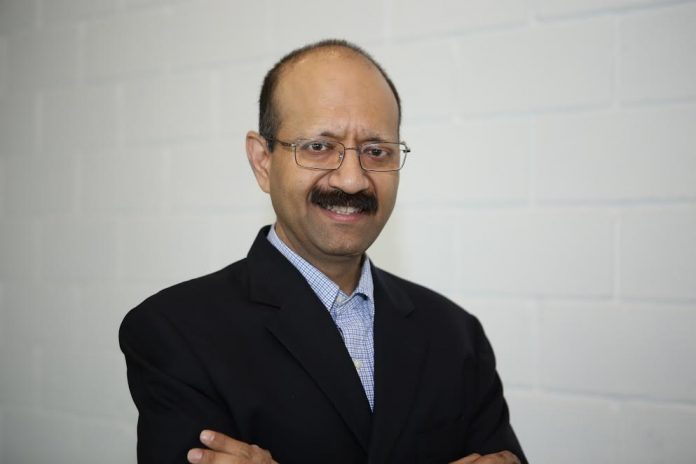 Twitteratti went haywire on June 20, 2017. It wasn’t about JIT probing the premier and his family for tax evasion nor was it about a Pakistan-India cricket match. The top trending topic that day was rather unusual: the one-time mobile making giant, Nokia relaunched its flagship 3310 mobile phone and many tweeted about what was their first phone.

After a tepid four years, Nokia seems to be gearing up for a comeback and it chose to make a loud and clear statement by excessively marketing their most successful model in the country. First introduced in 2000, the feature phone is back with vibrant colours, diverse functions and long-lasting battery life, taking you to a trip down the memory lane but vastly improved newer version.

But is nostalgia and bright colours enough to force consumers to ditch modern technology? Has Nokia taken the right path this time or would we see a repeat of recent history yet again – and soon?

When new technologies like iOS and Android were making rounds everywhere in the world, Nokia kept relying in its Symbian operating system, which cost the company dearly. Fast forward to 2017, the company marketed this feature phone with a lot of enthusiasm when the market is rapidly shifting to the much advanced smartphones.

“If you look in the smartphone market, yes, there has been an opportunity lost but if we look at feature phones, I think we have done pretty well,” Kamran Khan, Head of Near East for the Home of Nokia Phones (HMD) told Profit in an exclusive interview.

Found in 2016, HMD Global is the sole licensee of Nokia phones across the world. After the shift from Microsoft, all Nokia phones business is handled by HMD Global.

Khan says Nokia phones only exist in price points where entry level smartphones do and they sell a large amount of phones in this segment. The company refused to share the exact number, but according to a private study the company sells more than 150,000 phones a month and accounts for more than a tenth of overall market – when it comes to the price band of $30-$70, it has a whopping share of more than 60 percent, reflecting the company’s strength in feature phones.

That said, a market survey by Profit indicates the recently launched 3310 is doing just OK but other Nokia phones with more features are doing better.

“Nokia 3310 is not a hot model as it was expected due to its high price. The company should lower the price so that shopkeepers who deal in legitimate branded sets are able to sell it,” Memon said pointing to a copy of 3310, which has reached the market and is selling at Rs1600.

When Nokia announced the re-launch of its flagship phone, Nokia 3310 it was predicted by experts that it would cost $50. However, the phones are available in the market at $60-$65, which according to many experts is high for a phone with limited features.

Not making an impact in smartphone segment

Nokia has sustained its market in the aforesaid price band but can it make any impact where the growth is: the smartphone segment?

Pakistan is among top three countries in MENA for Nokia and is one of their focus areas, the head of HMD Global said, making it a strategic hub for Nokia.

“Pakistan is a country with demand for a million smart phones a month, creating massive opportunity. There are not many countries this big; thus this is a very important market for us,” said Khan who recently joined HMD and has a 20-year experience in leadership positions. He told Profit that this experience he has had helped him develop an understanding of the consumer psychology, which he plans to use at Nokia.

Once an irrefutable market leader, Nokia lost much of its dominance to emerging new players both locally and internationally. It is safe to say that they made mistakes and have been facing repercussions since the last five years. Khan calls it a learning experience though for all the parties involved.

Nokia phones have always been known for being reliable, he said, giving example of a video of a woman breaking walnuts using the new Nokia smart phone and surprisingly there was not a scratch on it. Although Nokia did lag behind in a few ways but its customers still had the same love for the brand that they had demonstrated in the past.

After the turbulent period Nokia has been in, it now claims itself to be not only a software company that sells phones, but a company that is passionate about cell phones. They aim to prove this with the launch of their new smartphone, Nokia 5 and 6. It has also partnered with Jazz, the largest cellular operator in Pakistan, for launch of its new range of smartphones including Nokia 6, Nokia 5 and Nokia 3 as well as its feature phone Nokia 3310. Jazz will offer promotions to customers on these phones under the deal.

Furthermore, the company is making efforts to up their game as proved by their latest partnership with Zeiss for improvement of their phone’s camera technology. According to Khan, Nokia’s partnership with Google and Foxconn on Android would take them one step ahead of their competitors.

Coming back to competition, Kamran Khan elaborated that Q-mobile is one their major competitors because of their similar price band as mentioned above. Other companies however rank above $100, which is not Nokia’s target market.

Talking about their future strategies, Khan briefed, “Nokia is a phone for everyone with diverse products in all price bands. We want to make sure that we focus on what we are good at, majorly maintaining a sharp consumer focus.”

Once a flag bearer of engineering in Pakistan, the publicly listed company is now being asked to shut down, because it can’t clear a cheque of Rs14.9 million
Read more
FEATURED

The urban upper middle class are desperate for the vaccines of their choice. Why don’t we let them pay for it?

Cocomo conundrum: How Ismail Industries doubled their profit when the economy was shrinking

While shrinkflation played a part domestically, it was the increased focus on exports that allowed the Candyland conglomerate to thrive
Read more
FEATURED