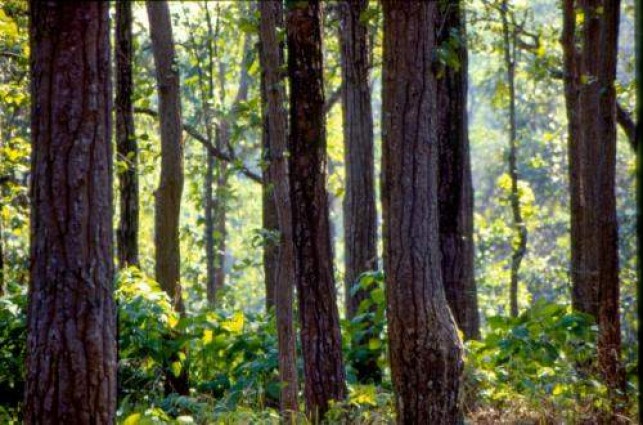 Talking to APP, the forest experts said that if the process of cutting down trees continued, then it would be impossible to save the country from the devastating impact of global warming and disastrous climate change.

Environmentalist Dr Maqsood Ahmed said that forests were the best way to achieve enhanced climate resilience against fallouts of the climate change impacts.

“Most people believe that global warming is caused by burning oil, gas and coal. But, in fact, between 25 and 30 per cent of the greenhouse gases released into the atmosphere each year or estimated 1.6 billion tonnes of carbon dioxide, is caused by deforestation, mainly due to cutting and burning of forests, every year,” he added.

He said that the same amount of carbon climate-altering carbon dioxide gases, released from fossil fuel burning through, can be removed from the atmosphere to stabilise the climate change by halting deforestation.

A prominent forest expert, Professor Dr Sarwat Mirza, said that studies of the UN Food and Agriculture (FAO) revealed that trees consist of 50 per cent of carbon deposits.

“But when they are chopped down or burned, the carbon dioxide they store makes its way back into the air,” he added.  To a question, he said that around 13 million hectares of forests worldwide were being lost annually, almost entirely in the tropics; most of it occurs in Africa, Latin America and Southeast Asia.

Fakhar-e-Abbas, a scientist at the Pakistan Agricultural Research Council, said that according to UNESCO’s International Coordinating Council of the Man and the Biosphere Programme, Pakistan’s Juniper forest was believed to be the world’s second largest Juniper reserve.

He said that clearing of juniper forest or trees was alarming as these were being replaced by orchards.

To a query, Abbas said that it was illegal to cut down Juniper, whether the land is publicly or privately owned.  However, he said that comprehensive data or estimation of the amount of juniper forest being cleared each year was not available. “The problems relating to deforestation are ecological, environmental as well as economic,” he said.

A senior official in the Ministry of Climate Change (MoCC) told APP that the current government with the help of World Bank-funded US$3.8 million has already launched the REDD+ programme in the country.

He urged the provincial and federal representatives of the forest departments to join the climate change ministry’s efforts for implanting national forest policy that aims to halt deforestation and inject new life into the ailing forestry sector.

According to official data, Pakistan has total forest cover of 4.4 million hectares, and the current rate of deforestation is 27,000 hectares per year, he added.