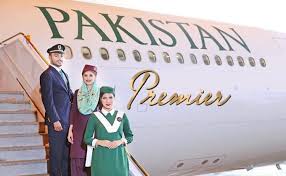 ISLAMABAD: The Public Accounts Committee (PAC) of the Parliament Wednesday directed for a special investigation and audit based report regarding the closure of Premium Airline by the Pakistan International Airlines (PIA) within three months.

The PAC met here under the chairmanship of Syed Khursheed Ahmad Shah. During the meeting, Senator Shireen Rehman raised the issue of closure of the Premium Airline. She said the Civil Aviation Authority (CAA) should look into the matter that as to why the Premium Airline was introduced and then it was closed down silently. Where are the aircrafts that were included in the airline, she added.

The PAC chairman directed the department concerned for a detailed audit based investigation report into the matter.

On pointing out by Shireen Rehman, the PAC also sought a three-year investigation and audit based report from the CAA regarding the consultants hired by PIA for its losses due to computerised ticketing, catering contracts and authorised vendors details.

Earlier briefing the body, the CAA Secretary said the PIA’s route for New York city was closed as it was causing Rs 1.5 billion loss every year. He, however, said the PIA could restart the route any time under the agreement between Pakistan and the United States.