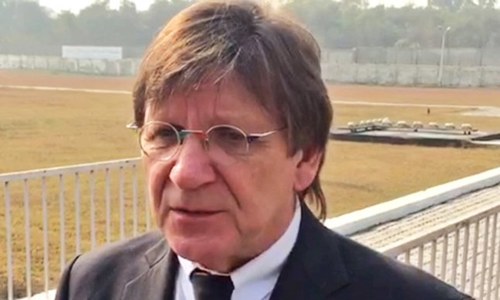 Islamabad: Ex-acting CEO of Pakistan International Airlines, Bernd Hildenbrand is said to be still under investigation by Federal Investigation Agency (FIA) and also dodged the ongoing corruption probe against him.

Hildenbrand was given special waver to travel abroad despite being on the Exit Control List (ECL) and Express Tribune reported that no FIR has been registered against him till now.

The case is said to have reached nowhere and investigation is ongoing but albeit slowly. This has been attributed to Hildenbrand’s absence from Pakistan.

To bring back Hildenbrand for facing the charges he is accused off, seeking Interpol’s help has been ruled out. To ensure Hildenbrand is brought back, it is prerequisite to have a case filed against him to get cooperation of international security agencies.

FIA sources said Hildebrand will appear before the investigating agency when needed and there is no guarantee whether he will return or not.

Accused of nepotism, Hildenbrand was given special permission by Ministry of Interior to fly out of Pakistan in May despite being on the ECL. It was expected he would return by June, but there is no sign of his potential return in the foreseeable future.

It was reported during the last session of National Assembly that Hildebrand had in-fact sold a PIA plane to a museum in Germany. And notice of his nepotism has been taken by both houses of parliament last week.