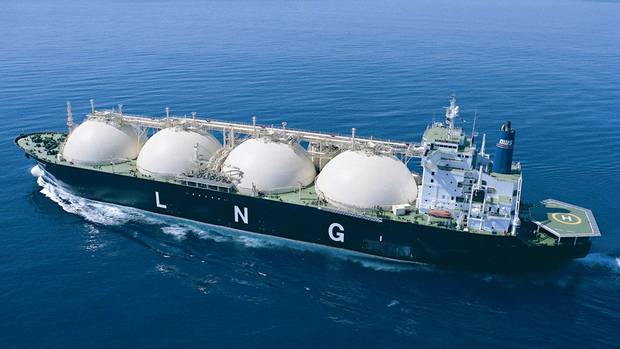 ISLAMABAD: Federal cabinet is likely to grant approval for signing of an inter-governmental agreement between the Malaysia and the Pakistan on the supply of Liquefied Natural Gas (LNG) to the country, it was reliably learnt.

Sources aware of the development disclosed to Pakistan Today that a meeting of the federal cabinet will be held on Wednesday at 05:00 pm here in the cabinet room of Prime Minister’s Office as PM has called the meeting and invites have been forwarded to the concerned divisions/ministers. They said the meeting is expected to grant its approval for inking multi-billion-dollar inter-governmental LNG supply contracts with Malaysia. Similarly, a draft agreement has been made to get approved by the government before the finalization of the deal with the exporter. And, soon after the government’s approval, a commercial contract would be finalised to ensure the import of LNG to the country, said sources.

As per agenda, Law and Justice Division’s summary regarding the appointment of Judge, Special Appellate Court under Section 46 (1) of the prevention of smuggling Act, 1977 in Khyber Pakhtunkhwa will be tabled during the meeting. Similarly, a summary of finance division seeking approval to specify Pakistan Mortgage Refinance Company Limited as a development financial institution under section 3-A of the Banking Companies Ordinance 1962. Likewise, a summary of petroleum division seeking cabinet’s nod about the signing of Inter-Governmental Agreement on the supply of LNG between Ministry of Energy (Petroleum division), Government of Islamic Republic of Pakistan and Economic, Planning Unit, Prime Minister’s Department, Government of Malaysia will be presented before the meeting.

It is also learnt from the agenda that the federal cabinet may approve ex-post facto approval for the acceptance of Awards “King Abdul Aziz Medal of Excellence” & “Legion of merit” by Kingdom of Saudi Arabia & Turkish governments to Joint Chiefs of Staff Committee Chairman General Zubair Mahmood Hayat, NI (M).The cabinet is also expected to approve a summary of Federal Education and Professional Training Division seeking approval to the signing of a memorandum of understanding (MoU) between TAFE Directors Australia and the Pakistan National Vocational and Technical Training Commission (NAVTTC) to encourage cooperation in vocational and technical training to NAVTTC. Moreover, the federal cabinet may grant approval to sign an agreement with the government of the Federal Republic of the Bosnia Herzegovina and the government of the Islamic Republic of Pakistan on defence cooperation.

Approval of increase in maximum retail prices of drugs under para 8 of the Drug Pricing Policy-2015 and threshold limits of lower priced drugs under para 11 of the Drug Pricing Policy-2015, ex-post facto approval of acceptance of Argentine Award “Order of Mayo” by Imtiaz Ahmad, ratification of the decisions taken by the economic coordination committee (ECC) of the cabinet, in its meeting held on 26-10-2017, and appointment of Members of National Industrial Relations Commission (NIRC) are part of the agenda of Wednesday meeting of the federal cabinet to be held under Prime Minister Shahid Khaqan Abbasi.

It is pertinent to mention that for the past few years, Pakistan has been enduring acute gas shortages both for electricity generation plants and for general use by varying sectors. Pakistan produces nearly 4 billion cubic feet of natural gas per day (bcfd), way short of the demand for 6 bcfd, which is continuously rising. The energy deficit has not only caused hardships for the ordinary people in their daily life but has also hurt economic growth of the country. In the face of the grave situation, the government is aggressively pushing ahead with the import of LNG to bridge the shortfall.

The import of LNG has changed the game for the economy in Pakistan. The economic gap which had grown due to the absence of gas was filled which previously swelled up to 4 billion cubic feet per day. Also, the LNG costs the consumers Rs. 850 per MMBtu as compared to the high price of LPG which is Rs 2000 per MMBtu. However, the locally produced gas is the cheapest at Rs 700 per unit. They said at the moment Pakistan is importing 4.5 million tons of LNG per year, while its requirements are growing with each passing day. It is predicted that the supply need would grow to around nine million tons (MT) before this year ends and that the country would need 20 million during the next three years and this demand is also expected to reach 50 million by the end of the next 5 years.