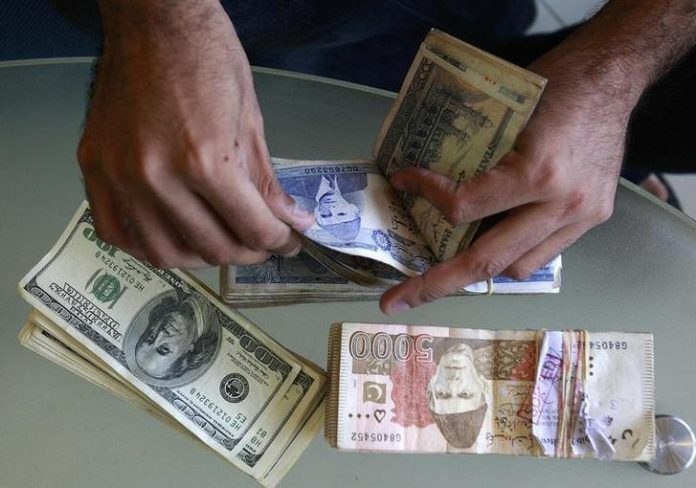 KARACHI: The Pakistani rupee fell for a third straight session on Tuesday after the central bank withdrew its support on Friday, effectively devaluing the local currency.

The rupee, which has mostly traded in a tight range of 104-105 per dollar since December 2015, has shed over 5 percent in the past three sessions.

The State Bank of Pakistan’s (SBP) withdrawal of support for the rupee was widely seen as a devaluation measure since the central bank is the most influential player in the thinly traded local foreign exchange market and controls what is widely considered a managed float system.

“Presently the central bank is allowing the market to determine the rate, but it seems to be reversing the extreme volatility if any during intraday trading,” Muzzammil Aslam, chief executive officer of EFG Hermes Pakistan, said.

The central bank said after market hours on Friday that a weaker rupee would help the economy grow and ease balance of payments pressures, comments that market participants interpreted as SBP’s approval of a weaker rupee.

“I see the rupee settling somewhere from 110 to 111, I think it would not be allowed to pass 112,” said Samiullah Tariq, director of research at brokerage firm Arif Habib