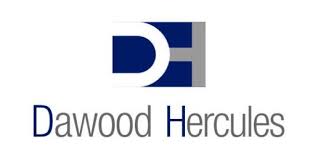 The investment totalling Rs13 billion will be utilized for reprofiling debt/operations of the company alongside other funds will be used for investment purposes.

The notification read “The Company will raise funds in the form of Rated, over the Counter Listed and Secured Sukuks (Islamic Bonds) under Section 66 of the Companies Act, 2017 and the Regulations governing Over the Counter (OTC) market under Schedule III (Listing of Debt Market Securities Issued to Qualified Institutional Buyers (QIBs) through Private Placement) to the extent of PKR seven billion for a period of five years. The funds from the Sukuks will be utilized for re-profiling of debt and operations of the Company. JS Bank has been awarded the mandate for this transaction and will act as the Exclusive Advisor and Arranger to the issue.”

DHCL will also procure Term Finance Facility (TFF) being a combination of Islamic and Syndicate Finance up to an amount of PKR six billion for a period of five years. The funds will be utilized for investment purposes. Dubai Islamic Bank, Allied Bank Limited and MCB Bank Limited (being part of consortium and syndicate) have been mandated for this transaction, read the notification.

On Friday, DHCL announced it would be investing Rs17.453 billion in Edotco Pakistan (Pvt) Limited. At end of August 2017, DHCL in partnership with Edotco entered into an agreement with Veon Pakistan Limited to acquire its wireless tower business in Pakistan for $940 million.