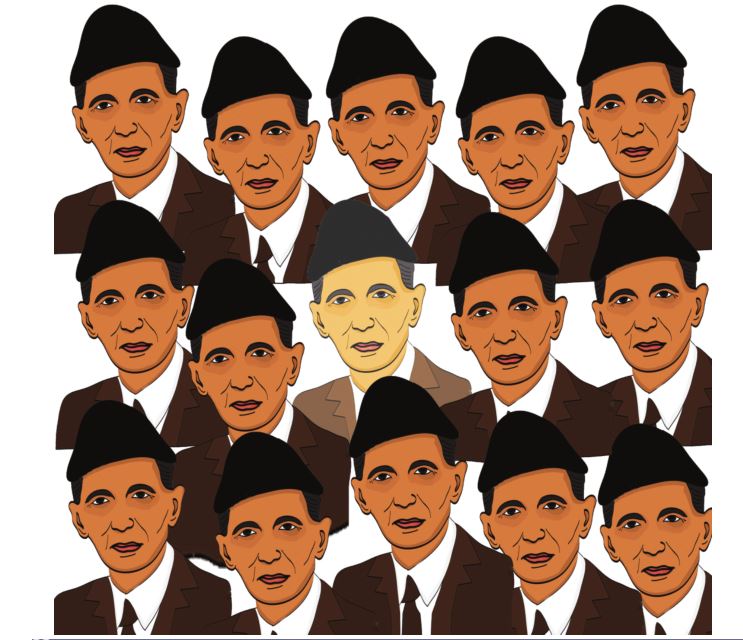 Sana Saif, a housewife, recently opened an account in Meezan Bank and made a visit to her branch, adjacent to her apartments, to make her first transaction from the account. To her awe, one of the thousand rupee note she wanted to deposit, was a counterfeit note.

She had been saving the money for a few months in a money box and decided to open a bank account and put the savings there for safety.

The cashier while counting the money rubbed one of the note in question and revealed that Quaid-e-Azam’s picture on the note had been tampered with.

“A fake note consists of two pieces of paper, glued together over one another. When it is rubbed with wet fingers, one of the sides separates from the other. An original note does not react this way because it is made of a single piece of paper,” the cashier explained.

“I wish I had not taken that particular note to the bank. I should have bought something with it rather than having it marked as cancelled by the back on account of it being a counterfeit,” Ms Saif said.

As per the government’s policy of treating a counterfeit note, it was marked as cancelled by the cashier, at six places.

Profit acquired the note from Ms Saif and asked a couple of shopkeepers if they could have spotted it as a fake note if it were not marked.

“It seems quite real. The paper quality is the same. Borders are rough, just as real notes. I would have definitely accepted it if Quaid-e-Azam’s picture was not tampered with and it was not marked as cancelled,” Umair Hanif, a medical and general storekeeper said.

A grocery store owner, Saifuddin Qureshi, was also of the same view. “This fake note looks completely real,” exclaimed Qureshi after he was told that the note was not real.

“Generally, we catch around one or two counterfeit notes on a daily basis. The frequency is higher during Eid season,” said the cashier of the bank, who discovered the note to be counterfeit.

During Eid season, the demand for new notes is very high because it is customary in Pakistan for  adults to give money, fondly called ‘Eidi’, to children in the family.

Shahadat Hussain, who runs a laundry shop called Karakurram Dry Cleaners at Tariq Road in Karachi, has also been keeping a fake thousand rupee note, which his brother took from a customer at the shop.

“My brother has been working for a pharmaceutical distribution company for many years and he deals with cash on daily basis. If he failed to detect a counterfeit note then I don’t think any common person can,” Hussain said.

He added that after realizing the note was fake he has kept it separately. He keeps it separately in his old accounts book.

“God will give me more. I don’t want to inflict my loss on anyone else. Otherwise, I could have easily used it. I am a businessman. I would recover it. But I was thinking if it was received by a person earning around thousand rupees daily, he must have gone through a lot,” Hussain added.

According to Pakistan’s law book regarding counterfeit notes, it is the responsibility of the bank to put a stamp labeled ‘Cancelled’ and also keep the note with them.

If bank officials suspect that an effort was made to deliberately pass on the fake currency, they have to report it to the relevant law enforcement authorities. A subsequent prosecution can result in hefty fines and a term in jail too.

A banker, on condition of anonymity, said that generally banks just put a ‘Cancel’ stamp and return the note.

“We want to run our conventional day to day banking affairs. If we start reporting every incident to the police it would take up most of our time during the day. So, generally we don’t report it to police. The police would try to follow the complete trail of the note and that would take up a lot of our time as well,” the source said.

Another banker, who also spoke on condition of anonymity, explained that once a counterfeit note is marked ‘Canceled’, it is removed from circulation. “It therefore makes little sense to pursue the issue further,” he said.

The cash in the economy or the cash in circulation (money supply) is the basic instrument with which a government tries to apply its monetary policy. The money supply is managed by the State Bank of Pakistan (SBP) and at any given point in time it knows the exact amount in circulation, provided all the currency is genuine.

“If the amount of counterfeit currency is high then the first impact on the economy is inflation. One of the factors that can cause inflation is excess money in circulation with not enough goods to spend that money on – too much money chasing too few goods. If there is counterfeit currency in the economy then there is cash in excess of the official currency in circulation. So the inflation is higher than the official number because of excess cash,” renowned economist Kaiser Bengali told Profit.

He added that people, who incur losses due to counterfeit currency, will become skeptical when accepting that particular denomination of currency. “If a person received a fake Rs 1000 note once he will invariably become apprehensive towards Rs 1000 notes and stop dealing in it.”

“This is called a white-collar crime and FIA deals with this,” Bengali said.

Chief spokesperson SBP Abid Qamar said that in order to control counterfeit currency, the central bank has tried to create awareness in the general public through its campaign “Rupay ko Pehchano” – recognize the currency. Back in December 2015, SBP launched videos and a smartphone application on security features of currency notes as a part of this campaign.

The aim of the videos and smartphone application was to enhance public awareness regarding counterfeit notes. It also explained the security features in Pakistani currency notes in order to enable the general public to differentiate between a genuine and a fake note.

“We have also made sure that counterfeit currency does not pass through the banking system. Every bank must have at least one sorting machine in one city. It’s mandatory that all notes put into an ATM have gone through that machine, which checks whether the notes are genuine or not,” Qamar said.

He added that Law Enforcement Agencies (LEAs) regularly arrest people involved in this crime. “But the criminals are adopting more advanced methods in this practice of forgery which is why incidents of counterfeit still occur.” he explained.

Essentially a victim of counterfeit currency should report it to the police. In Pakistan’s police system it is quite difficult to get a case registered. Most victims therefore avoid going through that hassle.

“Will I be refunded if I go to the police station?” questioned Sana after she was told that she has to report the incident and register the fake note to a police station.