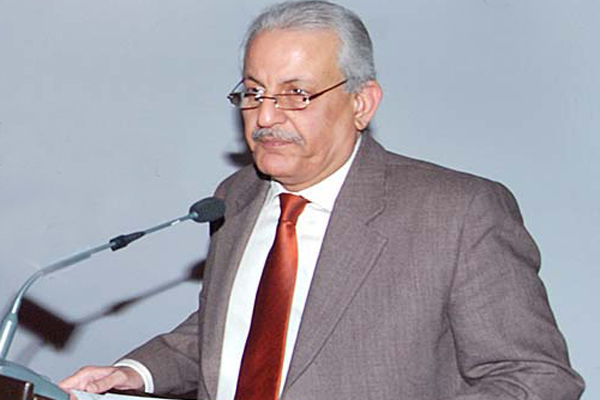 Senate Chairman said per Part II of the Federal Legislature of the Constitution, it was the prerogative of CCI to adjudicate on matters relating to territorial waters, equal ownership of natural gas and mineral oil within provinces, reported Business Recorder.

Rabbani added, Implementation Commission in this regard had recommended the setting up of a regulatory authority via an act of Parliament which would provide due representation and share to the provinces.

Furthermore, Rabbani said as per circular of Ministry of Petroleum it seemed office of Director General Petroleum Concessions role had been taken up by federal government as a replacement of regulatory authority which was to be setup by an act of parliament.

Chairman Senate pointed out this was mainly the reason for provinces decrying about not being consulted regarding decisions being taken pertaining to oil and gas sector.

He deemed it regrettable that decisions taken by Implementation Commission for evening out of regulations for joint control of oil and gas sector weren’t being followed by the government. Also, Rabbani added the government was willing to follow policy dictates of World Bank which would violate the constitutional rights of the provinces.

Also, he shared in a statement to the house PM Abbasi in mid-December last year said World Bank had been engaged as a consultant for the delinking of natural gas and petroleum regulator from provincial supervision was in violation of constitutional provisions.

Rabbani said natural resources were an asset of the state which were linked to the national security of the country. He added interference on part of international lenders like WB and IMF in policy decisions was a violation of national security.

Not only would this expose Pakistan’s national security which could end up being exploited by international donors/organizations was unconstitutional, said Rabbani.

He recommended formulating policies defining the scope of involvement of international donors/organizations in internal affairs of Pakistan and placing it before the Parliament for approval.