Pakistan has no option but to approach IMF again: Dr Waqar Masood 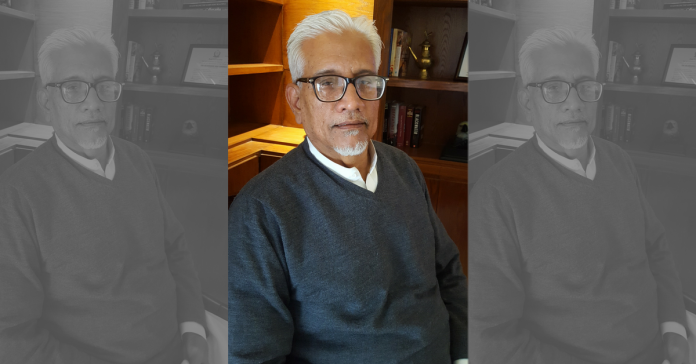 ISLAMABAD: After banging the drums with no results the PML-N led government is back to where it started financially. Pakistan is left with no option but to approach International Monitory Fund (IMF) yet again for another loan programme despite tall claims.

“Sooner or later the government will be requesting for another loan programme as the financial gap cannot be bridged with the issuance of more bonds and Sukuk,” said former secretary finance Dr Waqar Masood Khan during an exclusive interview with Pakistan Today.

Dr Masood, who has been the longest-serving secretary finance during the past 10 years and looked into financial matters of the present government for nearly four years as secretary finance, has suggested the government to avoid controlling the economy and let the foreign exchange set its own rate.

He added that the government urgently needs to cut budgetary expenditures except for those projects being completed under China Pakistan Economic Corridor (CPEC) or with foreign investment to lower the financial woes of the government.

“Foreign exchange reserves are like blood in a human body. What is the rationale behind spending reserves for just maintaining the rupee value against the dollar?” he questioned adding that by taking wrong decisions on political considerations the government has destroyed the progress of the economy that has taken years to build.

Dr Masood said that it is unfortunate that we as a nation hinder progress by taking two steps forward and one step back. During the early three years of PML-N government and after the launching of the IMF programme, the reserves kept shooting up. He added that “The reserves only started to deplete when the government decided to control currency value.”

The sharp decline in reserve of $ 4 billion is the cost of maintaining a stable exchange rate. Unfortunately, State Bank of Pakistan (SBP) has been supplying dollars whenever it felt pressure on the exchange rate resulting depleted reserves, which were built after loans from IMF and other sources. The privatisation proceeds, CSF receipts, auction of spectrum licenses, loans from IMF, World Bank and ADB, issue of Bonds and Sukuk and loans from commercial banks had collectively added to the historic reserves of the country.

“Painfully the reserves are being used just to avoid depreciation of the rupee,” Dr Masood said. Since reserves have depleted to a dangerous level, approaching the IMF has become inevitable.

Talking about how the three-year IMF programme completed by the government had supported the economic situation of the country, he said, the home-grown economic reforms agenda under the IMF programme bore impressive results as economic growth revived, inflation remained historically low, deficit went down to nearly 4 per cent from 8.2 per cent, revenues grew by a cumulative 60 per cent, reserves increased to a historic high of $ 24.5 billion in October 2016 and the exchange rate remained stable.

However, he said, the momentum of improvement in the economy could not be maintained in 2016-17 for various reasons including an unprecedented surge in fiscal and current account deficits, leading to loss of reserves.

During 2013-16, Pakistan’s economy showed unprecedented improvement. Earlier, stagnant and low growth, rising inflation, high fiscal deficit, falling revenues, rising circular debt in the energy sector, declining reserves, unstable exchange rate and declining private sector investments were the highlights of the economy. But then in 2016-17, there was an unravelling of the gains, primarily due to an unprecedented surge in fiscal and current account deficits, leading to loss of reserves.

In reply to a query, he said, “Since the budget (2017-18) is harming reserves, the expenditures should be cut down immediately. The country is nearly back to where it stood in June 2013.”

Talking about positive aspects of the economy, Dr Masood said that the pace of investment following the development on CPEC was an encouraging sign for the future of the economy. “We have an expanding and booming economy. The price of oil in the international market is still low if we compare the same in the government of Parvez Musharraf. Besides, the overall trust of investors has improved following the Chinese investment,” he added.

“Unfortunately we have failed to exercise due care in economic management otherwise the opportunities reflected by the spectacular growth in spending and imports would have meant a boon for the economy,” he said.

To a question related to the payment of over Rs 400 billion to IPPs for clearing circular debt by the government in 2013, he said the dues needed to be cleared. But the real issue is about pilling up the debt to the same position again after few years.

In reply to another query, he said that the country should not be worried about the trade deficit as imports are increasing due to project-related imports under CPEC. However, the real issue is the increase in fiscal deficit causing an explosive growth in the current account deficit from 1.7 per cent to 4 per cent of GDP.

Dr Masood further added, IMF had offered Pakistan another programme after successful completion of the first but Pakistan refused while opting another lender.

Talking about the tweets of US President Donald Trump against Pakistan and expected implications on bilateral trade relations, the former secretary finance said that Pakistan should not take the tweets seriously since the US administration understands the mentality and the approach of the president.

To another question, he said, apart from the wrong economic decisions, the political uncertainty, change of prime minister and subsequent developments have also badly affected the economic growth in past six months.