Fiscal consolidation efforts weren't enough as it restricted progress in decreasing the public debt/GDP ratio as it shot up to 5.8 percent of GDP in FY 2016-17 against 4.6 percent in FY 2015-16 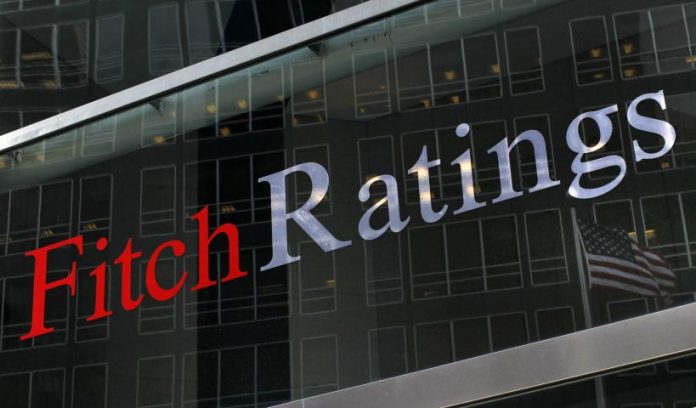 LAHORE: Fitch on Thursday downgraded Pakistan’s outlook from stable to negative and reaffirmed the ‘B’ credit rating, citing political uncertainty and upcoming elections later in the year.

According to Fitch’s analysis, Pakistan has been unable to sustain the gains made under the three-year IMF Extended Fund Facility which ended in September 2016. The credit rating cited a fall in foreign exchange reserves coupled by widening fiscal deficit as a major indicator of reversals made after the IMF’s programme ended in Sep 2016.

It albeit mentioned the government had made an effort to address these issues and allowed rupee’s depreciation, tax rebates on exports and import duties on non-essential items to curb imports but failed in stemming the decline in forex reserves.

Fitch said upcoming elections later in the year and continuing political uncertainty won’t allow the government to address these issues convincingly. It predicted the forex reserves could decline to $16.8 billion by end of financial year 2017-18 and takes into account $2.5 billion raised via Islamic Sukuk and Eurobond issuances at end-November 2017.

It warned forex reserves could further decline if currency flexibility wasn’t followed and tightening of macro policies to restrain domestic demand wasn’t enforced. Forex reserves decline was attributed to an increase in Pakistan’s current account deficit which touched 4.1 percent of GDP at end of FY 2017-18.

CA deficit rise was attributable to increase in CPEC based project imports, higher energy prices, stagnancy in exports and weak macroeconomic policies on part of the government. It predicted CA deficit would widen to 4.7 percent of GDP by end of FY 2017-18 on basis of recent rise in exports and measures enforced to curtail imports aside currency depreciation.

The rating agency said State Bank of Pakistan’s decision to loosen its grip over exchange rate and allowing market forces in its determination would held in alleviating pressure on the country’s forex reserves and current account.

Also, Fitch shared fiscal consolidation efforts weren’t enough as it restricted progress in decreasing the public debt/GDP ratio as it shot up to 5.8 percent of GDP in FY 2016-17 against 4.6 percent in FY 2015-16.

It attributed the rise to increases in provincial government expenditure and underperformance in revenues. Fitch forecast deficit for FY 2017-18 to touch 5 percent of GDP, which could contribute to a fall in public debt ratio from 67.2 percent of GDP in FY 2016-17 to 66.8 percent in FY 2017-18.

Regarding Pakistan’s economic growth, Fitch stated despite increase in external and fiscal pressures, the economy grew 5.3 percent during FY 2016-17, and it expected the growth momentum to be sustained at 5.5 percent for FY 2018-19 and FY 2019-20. This growth would be sustained on back of recent investment under China-Pakistan Economic Corridor (CPEC).

Mentioning about losses in public-sector enterprises (PSEs), Fitch said “The accumulation of losses in public sector enterprises (PSE), particularly electricity distribution companies, previously led to fund injections from the federal government to clear debt. Efficiency improvements, higher tariffs and relatively low global energy prices have helped cut PSE losses from previous highs, but losses have begun to trend upward again. The lack of faster progress towards privatisation impedes further progress in this area. PSE losses could rise considerably if Pakistan suffers an economic shock or there is a sharp rise in energy prices, ultimately feeding through to the government balance sheet.”

Inflation for FY 2017-18 as per Fitch had remained low compared to historical average of 4.1 percent but it predicted it would rise to 5.5 percent over the next year due to higher energy prices and pass-through from rupee depreciation. It highlighted that credit growth in banking sector remained solid and non-performing loans (NPLs) decline continued from a peak of 14.8 percent of total loans in end June 2013 to 9.4 percent.

Fitch highlighted structural weaknesses linked to level of development and governance indicators and per capita GDP stood at $1,541 well below its ‘B’ rated peers of $3,376. The credit rating agency also said governance quality remained low in Pakistan.