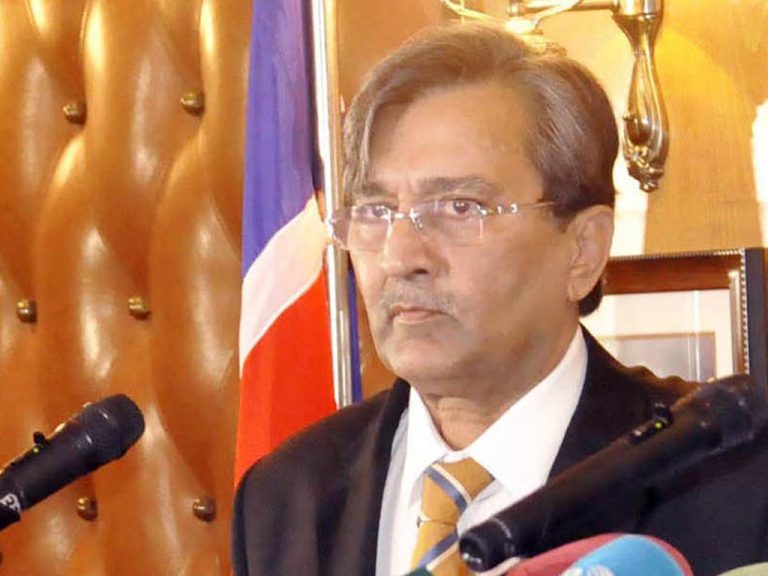 The Minister briefed the Minister of International Trade on the economic progress that Pakistan has made in recent years because of economic reforms undertaken by the government. He also highlighted trade and investment opportunities that are available in Pakistan.

The Commerce Minister said that he held very useful meetings with Federal Cabinet Ministers including Minister for International Trade Mr. Francois-Philippe Champagne. He stated that Pakistan is desirous of promoting trade relations with Canada through market access, exchange of business delegations and cooperation between the Chambers of Commerce & Industry of both the countries. He added that improved security situation in Pakistan is leading to increased FDI inflows.

“Ontario has the largest concentration of Pakistani immigrants and we feel that it can play a vital role in enhancing trade relations”, the Minister added.

The Commerce Minister said that Ontario is home to a vibrant work force and dynamic business community, and Pakistan would like to build a secure and stronger trade relations with the Province.

Minister Chan appreciated the role played by vibrant Pakistani community in development of Greater Toronto Area (GTA). He said that the Provincial Government would like to encourage Pakistan businessmen and students to come to the Province, which welcomes foreign investors and international students.

Minister Chan informed the visiting Minister that Canada is a trading nation and Ontario being the largest province largely depends on international trade. He added that Canada wants to expand and diversify its trading partners in Asia including Pakistan. In addition to the manufactured products, he identified education, health and ICT as the potential areas of mutual cooperation.

Minister Chan agreed with Minister Malik’s proposal that there is a need to enhance business-to-business interaction between the two countries to increase the trade flows. It was felt that frequent exchange of business delegations would help in bringing down trade barriers.