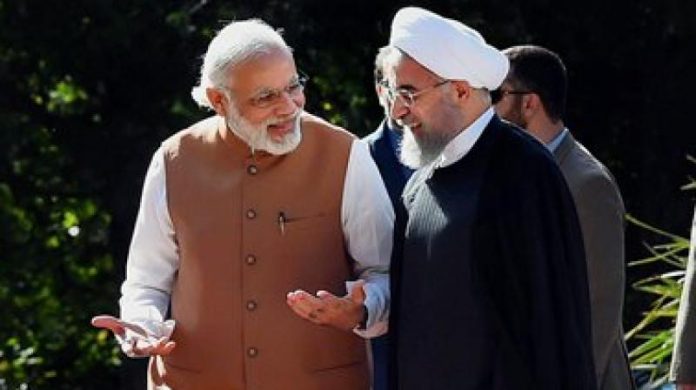 NEW DELHI: Iran has offered to raise the freight discount on oil sales to India in return for New Delhi agreeing to boost imports, as the OPEC member is keen to eat into the market share of other producers including top rivals Saudi Arabia and Iraq.

Iran is pushing to retain customers for its oil in Asia, hoping concessions will boost the appeal of its crude compared with other Middle Eastern suppliers, even as the threat looms of potential further US sanctions on the country.

Since the lifting of sanctions on Iran in 2016, it has been offering India a freight discount linked to a formula translating into 105 per cent of the Platts assessment.

For 2017-2018 Tehran had reduced the discount to 62 per cent of the formula from 80 per cent, but Iran has offered to change this if Indian refineries step up purchases, three sources familiar with the matter said on Saturday.

“Now they are offering 100 per cent discount, meaning a sum equivalent to 105 per cent of the Platts freight assessment,” said one of the sources.

Indian refiners – state-owned and private – will buy about 500,000 bpd of Iranian oil in 2018-2019, said Zanganeh, in India as part of a delegation led by Iranian President Hassan Rouhani.

In April through January, the first 10 months of this fiscal year, India imported about 17 per cent less Iranian oil at about 442,800 bpd.

Supplies from Iran were down as state refiners, which account for about two-third of India’s nearly 5 million barrels per day (bpd) demand, curbed imports in protest at Tehran’s move to grant development rights for the giant Farzad B gas field to others.

“We have got good incentives compared to other major producers. We will get benefit if we buy from Iran … We will boost oil imports from Iran compared to this fiscal year,” Pradhan told reporters, without elaborating.

Iran, which used to be the second-biggest oil supplier to India before sanctions, is gradually raising its market share in the world’s third-biggest oil consuming nation.

In 2017, Iraq for the first time emerged as the top supplier to India on an annual basis, while Saudi Arabia slipped to second position.

The freight discount offered by Iran will translate to a discount of up to $1 a barrel, one of the sources told an international news agency.

Pradhan said India had also sought a stake in Iran’s South Azadegan oil field. He said Tehran had not made any commitment on India’s request but was willing to show data on some fields to an Indian delegation next week in Tehran.

India recently offered a development plan worth about $6 billion for Farzad B and sought gas pricing of about $4 per million British thermal units (mmBtu) to earn double-digit returns.

Since local gas prices in Iran are about $2.1 per mmBtu, India has asked for a stake in a producing oil field in Iran in addition to Farzad B to improve its average return on investment.

“I am very optimistic about the future of the relationship between the two countries and our companies, especially for developing oil and gas fields,” Zanganeh said.