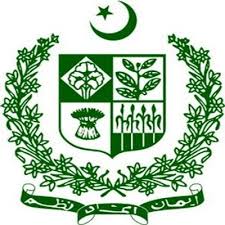 ISLAMABAD: Due to an ill-conceived monetisation policy, the bureaucracy has been causing massive financial loss to the national exchequer, Pakistan Today learnt from reliable sources.

One senior official told that government is paying approximately Rs 700 million on yearly basis to these officials, on the other hand, they are getting 10 thousand driver allowance despite the fact that a number of officers always keep drivers.

According to the source, the Auditor General of Pakistan had also highlighted a violation of policy but the matter was brushed under the rug.

One grade-22 officer on the condition of anonymity told that the audit officer had highlighted objection in one meeting but one former Finance Secretary instructed us to settle this matter. “We cannot submit the money into national exchequer, although officers told that a number of officers including him pay the amount when the audit Para’s emerged”.

Another officer told that a number of officers have kept project vehicles although they cannot authorise the use of project vehicles or any operational vehicle in the department. In addition to this, no PAO has obtained a certificate from each of the entitled officers in BS-20 to BS-22 including himself or herself that he or she is not in possession or using any departmental or project vehicle, except the vehicle allocated through this monetisation policy.

Presently the Secretary Commerce is in possession of the State Life insurance Corporation vehicle, no one can dare to ask him why he is using this car, the officer stated.

Moreover, the policy stated that no green number plate will be allowed to be used for the staff cars purchased by the officers in BS-20 to BS-22; officers in discussion with this scribe on the issue admitted that they used official cars to pick and drop the children from schools and send the drivers to buy something from market.

Besides this, the policy stated that each ministry will prepare and submit to the Cabinet Division and Finance Division every month a report on the expenditure relating to the CNG, POL and the repair as well as maintenance of the general duty vehicles.

The policy hinted that media reports regarding misuse of operational/general duty vehicles will be seriously looked into and corrective measures shall be taken immediately.

When asked to comment on this issue, the Secretary Cabinet stated that he was not able to check the records due to the weekend, and that he had sent a reply that stated, “Every ministry/division has vehicles as per their authorisation fixed by cabinet division, which is sometimes sparingly increased because of their addition or fresh and genuine requirements. To our knowledge, no misuse is taking place. Doubts of misuse can occur in the minds of people because they are not directly witnessing or part of the official activities. Besides the official use, officers do utilise the vehicles on payment as well because of some urgent domestic reasons. However, no misuse has been reported to Cabinet division so far.”