Total tax amount evaded to the tune of Rs700m 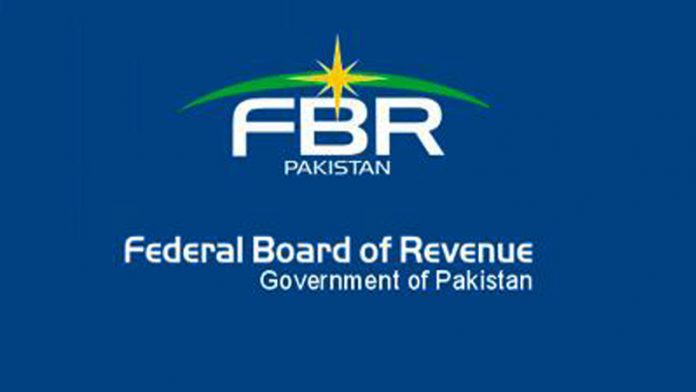 ISLAMABAD: Nearly 200 ghost companies have been found by the tax authorities claiming to be manufacturers but with fictitious addresses that were set up specifically for the purpose of tax evasion.

Officials at the Federal Board of Revenue (FBR) who unearthed the racket suspect billions of rupees worth of tax has been evaded through these enterprises.

They were discovered after large amounts of imported fabric were cleared through their accounts in the past few months from Karachi’s ports. Approximately 40 companies have been issued Sales Tax Registration Numbers (STRNs) and registered as manufacturers by Pakistan Revenue Automation Ltd (Pral) under this racket. The application for sales tax registration for all of them was approved between March and May 2017.

The companies were registered for the issuance of STRNs and e-profile by the tax staff and officials of Pral, a subsidiary of FBR. But in the course of their registration, no physical verification of their addresses was carried out. Most of the companies gave addresses in various areas of Karachi.

These fake companies have availed the benefit of zero-rating at import stage in terms of SRO1125 of 2011. The duty exemption is only meant for genuine textile manufacturers. The companies were all set up at a time when a key amendment to the SRO was made last year.

On an average each company is responsible for Rs30 million worth of taxes evaded, official estimates show.

The FBR is already facing an alarming trend of registration of companies on fake documents for either issuing of fake invoices or flying invoices for the purpose of claiming illegal sales tax refunds. The racket in this form is old. But a senior tax official told Dawn that ghost manufacturers have emerged as a new trend for evading taxes on imports of goods in the country.

Official documents revealed that tax departments registered approximately 50 companies on FBR’s e-portal as manufacturers. The investigations into these cases revealed that there was no manufacturing facility on the addresses provided for registration to get STRNs.

But these companies have imported and cleared Rs10 billion worth of fabric on Karachi port in a matter of months alone. Tax official estimates show the revenue loss on account of fabric was estimated at Rs500m.

For instance, a company registered as Aran Mart International imported fabric worth over Rs1bn by evading Rs90m tax on it. Similarly, another company Venus and Co imported Rs1.5bn worth fabric and evaded a tax amount of Rs100m.

These companies were also involved in the issuance of fake and flying invoices for the illegal claim of sales tax refunds. As part of the investigation, it was observed that most of these registrations are fake registrations for ghost manufacturers.

The official said the registration of ghost manufacturing is not possible without the active connivance of tax officials.

“The demand raised for tax recovery in these cases is very difficult”, the official said, adding it is difficult to trace the people to their home as all details used for registration are fictitious.

The only action that FBR can take is to initiate a probe against those tax officials who have processed and approved the registration of these ghost manufacturers, a source in the FBR told Dawn. However, the source said these people enjoy powerful backing.

In this case, the FBR has suspended the STRNs of all these companies thus far. No probe has started on those officials whose connivance would have been necessary for the racket to proceed.

Bogus physical verification reports were placed in the file of each fictitious firm. None of these cases was processed in their respective RTOs or LTUs for registration under the sales tax regime.

In addition, the same investigation also found 20 taxpayers whose business address was given in Karachi but were registered with corporate RTO in other cities, like Hyderabad, Lahore, Multan, Islamabad, Peshawar, Quetta and Sukkur.

Further analysis of data shows that in total 87 cases, 13 were blacklisted, 49 suspended while 21 firms registered as manufacturers are still operative.

In all these cases, the total tax amount evaded to the tune of Rs700m.