SAARC CCI president convenes meeting of all VPs in Pakistan 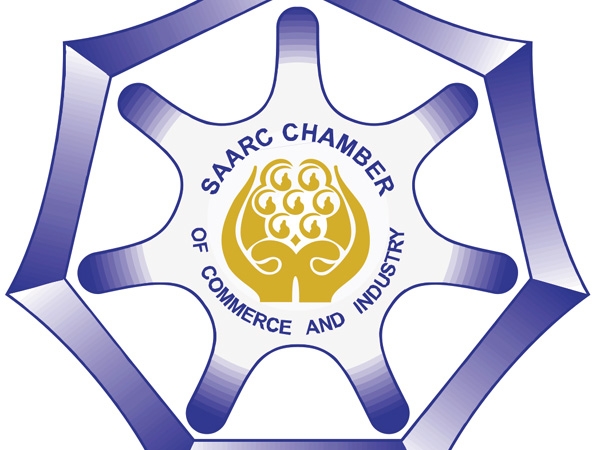 ISLAMABAD: The newly appointed SAARC Chamber of Commerce and Industry President Ruwan Edirising had convened his first 3-day meeting of senior vice presidents and all vice presidents from member countries in Pakistan on April 27 to finalise vision 2030.

According to a press release issued here on Wednesday, Ruwan Edirising while talking to SAARC chamber Pakistan chapter Vice President Iftikhar Ali Malik, over the telephone from Colombo, said that “all will join the meetings in Islamabad as we would take some pertinent decisions”.

He said that SAARC chamber will work closely with all member countries in taking regional co-operation forward.

He said all VPs have also been directed to hold the meeting of the executive committee and general assembly of their respective countries well ahead of April 27, to prepare a set of recommendations and proposals after threadbare discussions on vision 2030 and forward their feedback to SAARC chamber secretariat. He said that all VPs will deliberate on strategies to achieve our goals amongst other important decisions.

Highlighting few of salient features of his policy priorities, Ruwan Edirisinghe said that how to convert SAARC chamber to a result-oriented regional trade and investment platform, explore partnerships and strengthen existing network with the World Bank, ADB, UNESCAP, UNIDO, AUSAID, Euro-chambers and FNF, how to promote tourism, sports, trade fairs, exchange of business delegations and holding of business conclave.

He said that “I also plan to establish SAARC chamber think tank, activate all SAARC chamber councils, and develop a full-fledged network to facilitate trade, seamless connectivity within the region and beyond, improve investment opportunities, lobbying with SAARC chamber political leaderships besides strengthening of trade portal”.

He said that prospects for industrial development to focus on industrial business delegations and industrial matchmaking in addition to joint ventures in areas of interest of either member countries.

He added that hectic efforts are afoot the make SAARC chamber as the “Best Chamber in the world by 2030” as the region inherited plenty of natural resource and mineral deposits in abundance. He said SAARC chamber headquarters building committee meeting will be held on April 27 and Building Committee Chairman Iftikhar Ali Malik along with Vice Chairman Zubair Ahmad Malik will apprise the participants about the progress of under construction state of the art building.

SAARC Vice President Iftikhar Ali Malik assured Ruwan Edirisinghe of all his cooperation to make this meeting a success. He emphasized the need for expediting the process of trade liberalization in the South Asian region. He further said that cooperation in member states will help in the promotion of trade and improve quality of life for 1/5th of the world’s population.