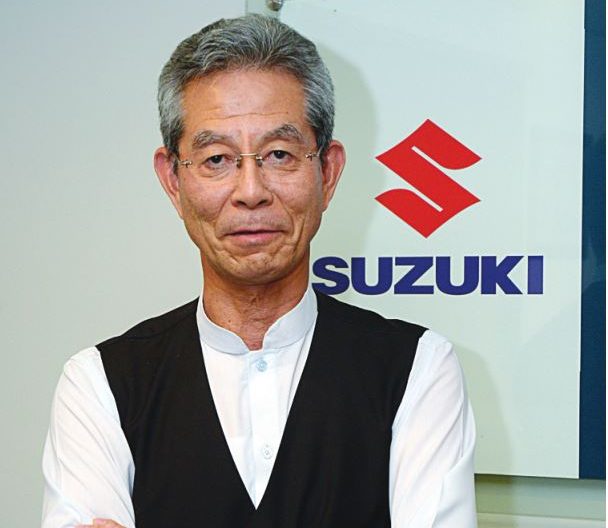 Since handing over the helm to the new man in charge for the past one year or thereabouts, former CEO of Pak Suzuki Motor Company Limited, Hirofumi Nagao’s task for almost a year as the senior advisory director has been to ensure a smooth transition. Apparently, the new CEO has by now familiarised himself with the lay of the land enough for Nagao to wrap up from here and head back to Japan.

Before leaving our shores at the end of April 2018, Nagao stopped over in Lahore as part of his valedictory tour, saying his goodbyes to the company apparatchik across the country – covering well in excess of 3,000 kilometres on the wheels, in one go.

Clad in a shalwar-kameez and waistcoat (he finds the indigenous dress “convenient, less stiff” – hence, it is the travel dress of choice, not just for him but other Japanese colleagues of his as well) a palpably-exhausted Nagao sat down for this little tete-a-tete with Profit. The extent of Nagao’s influence on Suzuki’s staying the market leader in terms of volume and lording the small segment, can be measured from the fact that out of the company’s Pakistan operations spread over nearly 40 years, he has served it for about half – 20 years in in three separate stints, twice as CEO – with the last 10 since 2008 in one go.

Apparently a down-to-earth and self-effacing man of impeccable courtesy that you expect from a Japanese, he shares: “Suzuki started its operations in Pakistan in Oct 1979. I was posted at Karachi for nearly four years, from 1983 to 1987. Barely seven years later I was back at Karachi for six years – between 1994 to 2000 – as the managing director of Pak Suzuki. For this latest term lasting almost a full decade, in 2008, I was transferred from India to Pakistan as managing director of Pak Suzuki again. Then in July 2017, the position was transferred to Masafumi Harano. After that, I am acting as an adviser in Pak Suzuki.”

As for his own future, “I am nearing 65 – a good age to retire. I have spent 20 years in Karachi, and, I feel, it has become my first hometown. I would back at the end of this month, but even from Japan I would remain concerned about Pak Suzuki’s growth.”

Would there be a policy shift under the new CEO, Masafumi Harano, in investment approach and strategy? Nagao insists the change at the top in Suzuki Pakistan does not herald any change in policy, or at least he was not going to divulge it – leaving it to Harano to make it public. Instead, he diverted the conversation to how Harano was best-suited to the job.

“Having joined Suzuki Motors in 1988, he’s younger to me by 10 years. I have been in-charge of either Pakistan or India – or both. In case of Harano, he used to be in the United States or Canada. Immediately prior to his being nominated as the Managing Director of Pak Suzuki, he used to be the general manager for Thailand and Indonesia. We have chosen some better models for Pakistan from Indonesia and Thailand, and also from Japan. So, it’s a good call on the part of Suzuki’s top management to nominate Harano as managing director in Pakistan because we would be importing parts from Indonesia for our new offerings and from Thailand for the new Cultus. He has been in charge of both countries recently,” said Nagao.

On the growth trajectory

Pakistan’s automobile industry is said to be set for growth and expansion like never before. Nagao concurs with that projection: “I feel the growth of automobile industry is supported by higher growth of the country and economy. Automobile demand in this country is definitely growing. We have achieved almost 20 percent growth. Compared to other parts of the world this percentage is quite high.”

Has CPEC contributed towards this phenomenal growth? “Lots of investment from China is coming into Pakistan, which is very good. The government too is working on building highways and motorways – which again is good for the automobile industry. Also, through CPEC quite a few power generation units have started to operate. I was told that by the end of 2018, load-shedding all over the country will be over, which is also not just good for the [auto] industry but the entire economy.”

What is the volume of fresh investment that Suzuki intends to bring into Pakistan? “Our present production capacity is 150,000 units per year. Last year we achieved sales of 132,000 units. The demand is on the rise. In a couple of years, the demand would surpass our capacity. In such a situation, we have two options. One is to enhance the capacity of the current plants, while, the second is to build new plants. We have already opted for the latter and acquired 80 acres of land for the second plant. In such a case, the amount spent on the construction of the new plant will be in the shape of fresh investment from Suzuki Japan.”

This would obviously add to employment. “In Suzuki, around 3,000 or so direct jobs, but it will increase the number of vendors by about 10 times. Currently we a are dealing with 110 vendors in Pakistan.

Of the half a dozen models produced by Suzuki – Mehran, Wagon R, Cultus, Swift being the four passenger cars, Ravi the pickup, and Bolan the van – the highest percentage of localisation achieved has been for Mehran, which is around 73 percent, followed by 65 percent for Ravi pickup and Bolan van, and 50 percent for Wagon R. “We are still trying to enhance further localisation.”

Mehran has survived in the Pakistani market for well over a quarter century. Given that it is such a basic automobile, does the longevity surprise him? “Since the car was designed in the 1980s, so we could achieve the highest localisation. Nowadays, whenever we introduce a new model, it is rather difficult to localise it. Even same parts which have been localised for 800cc models are not easy to localise for other models. We tried to bring Japanese vendors, but the problem is that the total automobile demand is hardly 200,000 units. Most Japanese vendors are reluctant to come to Pakistan owing to lower volumes. We expect that the total volume demand of Pakistani market will reach 500,000 in a couple of years. Then many of the Japanese vendors will reconsider coming to Pakistan.”

All said, Mehran remains at best a very basic car, and surviving for so long in the market, does it surprise him? Nagao has different yardsticks to go by. “In my opinion, as a manufacturer, it’s our duty to continue producing the same model, whenever there is demand. You can see that in the local food industry they have been producing some items for long periods, such as in ice creams. That’s the same thing. If we can produce [a model] for longer periods, then it is possible to reduce our costs. Whenever we introduce a new model, new investment is necessary.  But whenever we introduce a new model, the cost is higher, because it is difficult to get similar localisation for newer models compared to the current ones.”

But greater competition is just around the corner, and it is good news for the Pakistani consumers for it would offer new choices and perhaps competitive pricing. “Yes, that’s great. Currently, we are monopolising the 1000 cc passenger car category but now new players are joining the fray.”

After the protection afforded to Suzuki and the other two leading Japanese brands for long years, how does Nagao see the change coming now, with so many automobile manufacturers coming in? “We should provide a better product, at an affordable price. This is our goal. Talk is cheap but in practice, competing is difficult. We have an advantage of vendors, around 110 of them and 140 dealers. It will take some time for the new entrants to have a similar setup.”

In other words, Nagao is confident that Suzuki shall continue ruling the roost in its area of strength – small to medium-sized hatchbacks.

Nagao refused to disclose the new models up for offer “right now”, but his parting shot across the bow was: “It is not easy to introduce new models so frequently.”