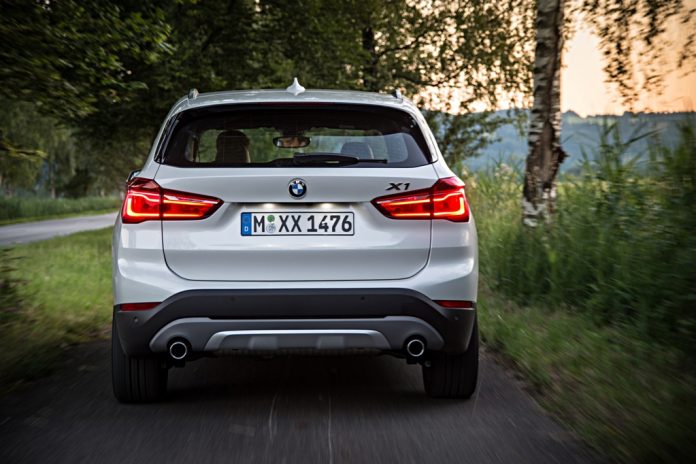 KARACHI: Dewan Motors (Private) Ltd (DML) witnessed a phenomenal growth in its sales during 2017 owing to the market acceptance of its newly introduced model of BMW-X1. The company has delivered around 350 units to its customers only in 2017 alone.

The sales of BMW X1 car surged many times since it’s launch in September 2016 as the company had delivered 370 units to its die-hard customers throughout the country.

The company’s recently introduced BMW Plug-in Hybrid and Electric vehicles in Pakistan have also gained momentum as their demand is also rising throughout the country with the passage of time.

The all-new BMW X1 has remained the highest selling vehicle in the premium compact SAV segment.

The company said, “The all-new BMW X1 treats the premium compact segment to an even more potent shot of sports activity vehicle DNA.” The second generation of this successful model has also taken to the stage with a body design straight out of the BMW X model.

Despite the imposition of the Regulatory Duties (RD) by the federal government on the import of vehicles in October 2017, the DML continued delivery of its luxurious vehicles to car-loving customers, sources said.

According to the industry sources, BMW has challenged Regulatory Duties in Sindh High Court (SHC) and the Supreme Court of Pakistan. The decision of the SHC was in its favour as the SHC has directed the Federal Board of Revenue (FBR) and the federal government to return the Regulatory Duties collected from the companies. Now the case is pending before the Supreme Court. However, the finance ministry through the Finance Bill 2018 has tried to cover the RD issue in the budget for 2018-19.

In the recently announced budget by Miftah Ismail, the federal government has proposed exemption of 16 per cent custom duty on charging stations for electric vehicles. Custom duty has been reduced from 50 per cent to 25 per cent and RD of 15 per cent on Electric Vehicles has been exempted.

Furthermore, CD on kits of electric vehicle have been reduced from 50 per cent to 10 per cent. This will not have any major impact on local automobile manufacturers, but it would support Dewan Motors directly, sources said.

Dewan Motors are the pioneers in the technological advancement of Electro-mobility in Pakistan and have installed 7 ‘ChargeNow’ stations in Karachi, Lahore and Islamabad. BMW ChargeNow is a network of charging stations that provides BMW Plug-in Hybrid and Electric vehicle owners with easy, quick, and secure charging services in all big cities of Pakistan.

“With its rugged proportions, a powerful presence and dynamic lines, the all-new BMW X1 is the most desirable vehicle in its segment and perfectly addresses the lifestyle of the Pakistani consumer which demands an affordable luxury”, said Dewan Motors CEO, Nabiha D Yousuf.

“We are delighted with the performance of the all-new BMW X1 and are confident that it will remain the vehicle of choice by the most demanding consumers in its class”, added Yousuf.

In a limited span of over 13-years, DML secured a fast-growing BMW family, the premium vehicle of choice for safe, secure, and reliable mobility.