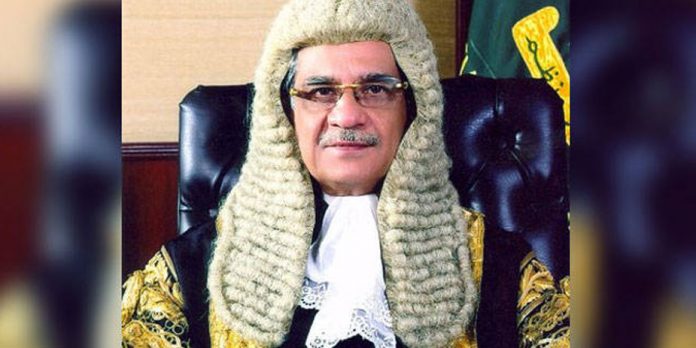 ISLAMABAD: The Supreme Court (SC) on Tuesday summoned the federal government, Federal Board of Revenue, provinces and telecom companies to submit a response to the unprecedented tax rates being charged by telecom companies.

Attorney General Ashtar Ausaf informed the Supreme Court that mobile phone companies deduct a whopping 42 per cent from each recharge under the heads of sales tax at 19.5 per cent, service charges at 10 per cent and withholding tax (WHT) at 12.5 per cent.

The CJP observed that WHT should not be ducted from those who do not pay taxes and remarked it as an unfair practice on behalf of the authorities.

He further inquired regarding how 140 million telecom customers are charged taxes daily.

The bench called upon Finance Minister Miftah Ismail to apprise the court regarding the law under which such taxes are being charged.

Justice Ijazul Ahsan remarked that this is an unlawful way of charging money. “42 per cent amount is subtracted as tax. It is an illegal withdrawal of money from the public,” he said.

The counsel for a mobile phone service company said 17 per cent tax is being charged in federal areas and 19 per cent in provinces.

Earlier on May 3, CJP took notice of the high taxes being charged on mobile phone cards in the country.

The Supreme Court issued notices to all the mobile telephone operators in the country and summoned the attorney general over the issue.

It is pertinent to mention that according to statistics issued by the Pakistan Telecommunication Authority (PTA) earlier in January, the number of mobile phone users stands at 144 million as compared to 142.5 million in October 2017.

The court while concluding the arguments adjourned the hearing for two weeks.