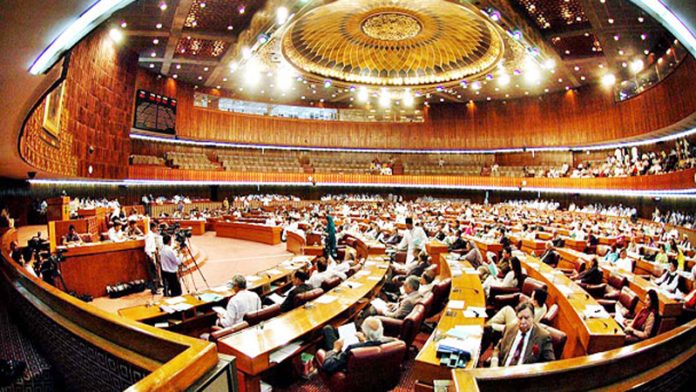 ISLAMABAD: The Senate Standing Committee on Finance has finalised its recommendations for the budget including a suggestion to raise the tax rates for the higher slab from the previously proposed 15, to 25 per cent.

The proposals finalised on Tuesday by the committee will be presented in the Senate for endorsement, which will be then be referred to the National Assembly for approval.

In terms of revenue, the only proposal with a considerable implication was to up the taxes for the high-income class. The committee has recommended revising the tax on high-income people to 25 per cent from the 15pc, proposed in the federal budget.

In the proposed budget of 2018-2019, it was recommended to scale down the tax rate to 15 per cent from 35 per cent for individuals including the salaried class. The tax exemption level was enhanced to Rs1.2 million per annum from the present Rs400,000, with the argument that it will benefit the lower salaried class.

The senators objected to the tax relief by stating that such low-level taxation was, in fact, a ruse to attract salaried individuals ahead of the upcoming elections to the ruling party, as the massive change in taxes will increase their net income.

Committee chairman Farooq Naek said, “This is a populist measure and has no economic justification.” The objection was also supported by other senators from opposition parties.

Official from the Federal Board of Revenue (FBR) informed the committee that the revision of taxes will give a benefit of more than Rs20 billion in revenue in the next fiscal year, and if the said changes are not made in the tax rates, it will cause a loss of revenue of Rs90 billion per annum.

Former Secretary Finance Dr Waqar Masood, who was called in to assist the committee on tax-related matters, said the slight changes made in the taxable slabs will help to an extent in saving the revenue loss. He also mentioned that some corrections will be beneficial to the tax system.