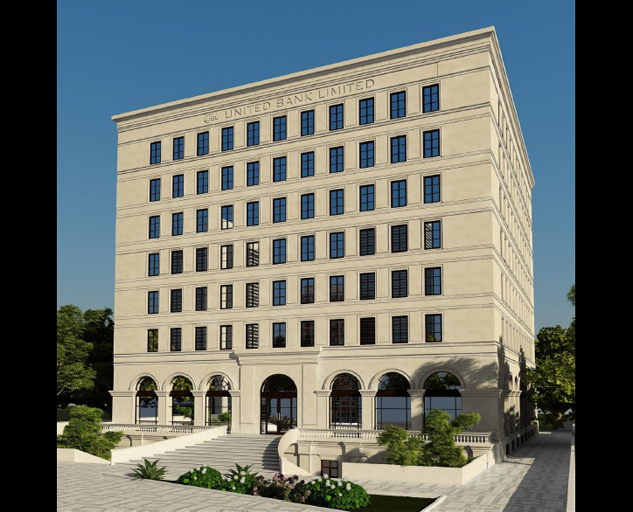 Washington: The Federal Reserve Bank of New York (FRBNY) on Thursday directed United Bank Limited to strengthen its anti-money laundering policies as the regulator criticized it for not doing enough to track dubious transactions.

This marks the second time that the FRBNY has sanctioned UBL in the last few years.

In a notification sent to the Pakistan Stock Exchange (PSX) on Friday United Bank Limited (UBL) said “UBL and its New York branch have entered into a written agreement (WA 2018) with the Federal Reserve Bank of New York (FRBNY), effective July 2, 2018, upon termination of the earlier Written Agreement entered into on 28 October 2013(WA 2013), which was primarily related to the New York branch’s international remittance services.”

Although it imposes no civil penalty on UBL, the disclosure regarding the signing of WA 2018 is being made as an update to the Written Agreement earlier signed on 28 October 2013 (WA 2013),” read the notification.

Moreover, UBL said it is undertaking all steps to further strengthen its compliance framework to fully comply with the WA 2018.

As stated in the latest agreement, it is the common goal of the FRBNY, UBL, and the New York branch that it operates in compliance with all applicable federal and state laws, rules, and regulations.

This is an indication and banks and other financial institutions need to take quick and appropriate action in this regards.”

“Contrary to HBL who was penalized, UBL has been asked to take several steps within defined timelines. This might help boost investors’ confidence in the sector,” said Maha.

“We believe that the above development is neutral for UBL and await further clarity on the above. UBL stock price has fallen by 19 percent in 2018 CYTD as compared to the KSE‐100 index, which is down 2 percent. The stock has underperformed on concerns of non‐compliance issues relating to UBL’s NY branch and expected an uptick in provisions on international operations,” said a Topline Securities flash note.

In a comment to Profit, Zeeshan Afzal analyst Insight Securities said “The agreement is to enforce strict compliance and due diligence processes. Though it might be justified to see this in the context of recent penalty on Pakistan’s largest bank or country inclusion in FATF grey list, there is no penalty or fine so far.

And the signing of agreement shows that the bank is making acceptable progress on that front. I think the bank would be extra conscious, learning from the HBL episode.”

The notification added “on June 28, 2018, the board of directors of the Bank, at a duly constituted meeting, adopted a resolution authorizing and directing Ms. Sima Kamil and Mr. Azeem ur Rahim to enter into this written Agreement on behalf of the bank and the branch, respectively, and consenting to compliance with each and every provision of this agreement by the bank and the branch.”

Furthermore, the agreement reached between UBL and the Federal Reserve Bank of New York, the bank’s board of directors and the branch’s management would jointly submit a written plan within sixty days to increase oversight.

Also, the management of UBL’s NYC branch would be responsible for ensuring its compliance anti-money laundering requirements and the regulations issued by the Office of Foreign Assets Control of the United States Department of the Treasury acceptable to the  Reserve Bank.

To ensure anti-money laundering compliance, UBL’s NYC branch within thirty days of this agreement be required to shall retain an independent third party acceptable to the Reserve Bank to conduct a comprehensive review of its compliance with the BSA/AML Requirements (the “Compliance Review”), and prepare a written report of findings, conclusions, and recommendations in the compliance report.

Within 10 days of the engagement of the independent third party, but prior to the Compliance Review, UBL and its branch shall jointly submit to the FRBNY for approval an engagement letter that provides, at a minimum, for the independent third party to conduct a comprehensive assessment of the Branch’s BSA/AML compliance program, policies, and procedure.

And the compliance review should be concluded within 60 days of the Reserve Bank’s approval of the engagement letter.

“Also, the FRBNY should be provided with a copy of the compliance report at the same time that the report is provided to the bank and the branch; commit that any and all interim reports, drafts, workpapers, or other supporting materials associated with the Compliance Review will be made available to it upon request,” said the notification.